John Bemrose’s first novel, The Island Walkers, was a national bestseller, a finalist for The Giller Prize, and longlisted for the Man Booker Prize. He is also a well-known arts journalist who has published reviews and articles in The Globe and Mail, the National Post, and Maclean's. His second novel, The Last Woman, was published in 2009. He has also published poetry and written a play, Mother Moon, which was produced by the National Arts Centre. Bemrose was born and raised in Paris, Ontario, a place that has inspired the settings for his fiction, including his latest novel, The River Twice. He lives in Toronto. 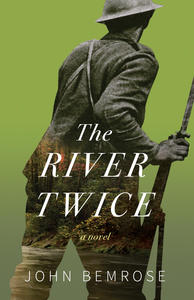 Giller-nominated writer John Bemrose tells us about the setting of his new novel,  The River Twice (Thistledown Press), Paris, Ontario - which also happens to be his boyhood home. See how Paris lives up to its name as "the prettiest town in Canada", and the uglier side of ... Read more