A captivating fantasy novel about demons, dreams, and a young woman teaching English in Japan.

“With empathetic characters, terrifying monsters, and a cinematic feel, Yume is a dream that will keep readers awake at night. ” — RICHARD FORD BURLEY, author of Displacement ... Read more

A captivating fantasy novel about demons, dreams, and a young woman teaching English in Japan.

“With empathetic characters, terrifying monsters, and a cinematic feel, Yume is a dream that will keep readers awake at night. ” — RICHARD FORD BURLEY, author of Displacement

Cybelle teaches English in a small city in Japan. Her contract is up for renewal, her mother is begging her to come back to Canada, and she is not sure where she belongs anymore. She faces ostracism and fear daily, but she loves her job, despite its increasing difficulties. She vows to do her best — even when her sleep, appetite, and life in general start to get weird, and conforming to the rules that once helped her becomes a struggle.

Meanwhile, yokai feast and cavort around Osaka and Kyoto as the barrier between their world and the human world thins. Zaniel spends his nights walking the dream world and serving his demon “bodyguard,” Akki. But there is a new yokai on the scene, and it has gotten on Akki’s bad side. When Cybelle gets caught up in the supernatural clash, she has to figure out what is real and, more importantly, what she really wants … before her life spirals out of control altogether.

Sifton Tracey Anipare is a Ghanaian Canadian writer who lived and taught in Japan for four years. She loves video games, bubble tea, Japanese coffee mixes, and is an avid collector of stickers and stamps. Yume is her first novel.

The Wood Where Things Have No Names

All things are dreams

There is a quiet forest upon a mountain on a spring day. The sky is blue, the grass is a lush green, and the sun is shining. A wide dirt path winds through an assortment of trees: thousand-year-old oak, majestic redwood, thick reedy bamboo, baby spruce, short fat pine, many others with no names. There are no sounds except for the occasional breeze that does not affect the foliage. There are no living creatures, save two: a young man and woman down the road. They hold hands as they walk in silence.

The woman’s long hair obscures her face as she giggles into her chest. She covers her smile with a small, demure hand. A black dress jacket tailored for a man hangs over her shoulders, shielding her from the cold. Underneath, a skimpy white camisole is visible. Pyjama bottoms two inches too long, a conscious choice or perhaps a current style. Her feet are bare. Tiny white toes poke out from her pants as they scuffle through the dirt. She walks with tiny, pigeon-toed steps, making it hard to keep up with the steady, rhythmic strides of her long-legged partner. The young man wears simple but stylish black shoes, black dress pants, and a white dress shirt that could be designer, a handsome though nondescript ensemble. His face is long and narrow, framed by jet-black hair that flows neatly over his brow, but not enough to cover his ears. He wears two beaded bracelets on his gaunt, pale wrists: one is obsidian, as dark as his own hair; the other is a vivid ruby, the same colour that flows through his veins. There is something in the curve and fullness of his lips and cheeks that is captivating, and his skin, with a natural hint of peach, makes the cold sharpness of his eyes stand out. That is something else unique about him. His eyes are not brown, but an unnatural, pale, icy grey. He stares straight ahead, focused on his intended destination, cool and oblivious to his companion. His demeanour is gentle but serious as he holds the woman’s hand and guides her down the road.

The young woman’s body shakes harder and harder with muffled titters as she sneaks shy glances at him. Surely such enigmatic beauty would catch anyone’s attention; make hearts flutter with minimal effort beyond eye contact and an outstretched hand. However, it was the one next to him who had really captivated her, the one who had singled her out. Out of all the women he could have, he had pointed at her. He had chosen her. Now, her dream is about to come true.

They continue down the long, winding road in silence. They disappear around the bend, reappear where the path straightens, follow its twists and turns. Suddenly, the man stops in his tracks. The woman stumbles in surprise. Her head twists this way and that as she becomes aware of her surroundings. She looks away from the man, eyes wide, and lets out a wistful cooing sound. She has just noticed this wide-open space that is their destination. In the middle of this forest, sequestered away from all civilization, stands a large cottage. Pale yellow curtains billow through its open French windows. On the porch an outdoor wicker deck chair for two swings in the silent breeze. Thick brown tiles like slabs of chocolate make up the roof, and the cedar logs glow in the sunny afternoon light. They almost look like they are melting. A long flight of wooden stairs leads to the front door, a solid cocoa-brown panel of wood a full storey off the ground.

Without turning to look at her, the young man speaks, his voice low as if speaking to himself: “Akki-sama …”

His right wrist flexes in pain as his red bracelet glows with heat.

He starts to proceed, but the woman is still dumbstruck by the beautiful scene before her. There is so much for her to take in. She releases his hand and falls to her knees with exaggerated sighs. He stands there for a moment, hoping for her to say something poignant or explain herself. The man clears his throat, a soft yet awkward sound. She does not notice him. She merely gazes up at the cottage with admiration:

Over and over she whispers to herself, a garbled, unintelligible noise. The man frowns: something about various tutors? No, various Tudors. No, it is a person’s name she is repeating. He suppresses an irritated noise in his throat. She can babble on her own time. He lets go of her and presses on toward the cottage without looking back. The woman gets to her feet and prances after him, begging him to wait for her. The door groans open on its own accord and the man walks in without hesitation; the woman follows. The door slams with a resounding boom that ripples through the woods. It sends trembles up the trees, then trickles down the mountain until, little by little, it fades and everything is still. Well, almost everything.

Nearby, in the woods, peach trees begin to rustle and stir. A faint giggle emanates from their leaves. Something grows in the woods, swelling in size with each footfall. It has spied on the house for some time, and now it approaches.

Inside the house, the woman reaches out into the darkness. She gropes for the velvety comfort of the young man’s hand but only feels the panic that comes with flailing in an empty space. A dim light grows brighter in a corner somewhere above her line of sight, so gradual it locks her heart in suspense. The man is there, a few steps ahead on a narrow stairway. A small candle glows at his socked feet, its light throbbing and pulsing like a heartbeat. There does not seem to be anything else inside the cottage. No hallway, no drawing rooms, no furniture … just a tiny recessed entryway, a single pair of straw sandals, the stairs, and her patient companion, shoes in hand. As she runs up to him, disjointed thoughts flit across her mind: What was the architect thinking when he made the front door on the second floor? Not like a Tasha Tudor cottage at all. She thinks about asking … later, of course. Not that the architecture matters. This place is romantic and gorgeous. It is as she has always pictured a foreign cottage. Well, almost, because when she thinks about it, it is quite a strange design for a house. She giggles again and sighs with happiness when she regains the comfort of the young man’s sleeve. She does not say a word to him. The wide grin on her face is enough to express her feeling without uttering a syllable. She could content herself with walking these steps for the rest of her life were it not for the one with whom she is about to reunite. He is close by; she can feel it. She leans her head on the young man’s shoulder, tightens her grip around his arm, and sighs as loud as she dares.

A growing aura of malice paints every successive page of Yume, an inevitable, unfathomable collision of cultures, desires, colour, light, and sensation. Rarely does a book shepherd a reader so deftly through the strange and magical while weaving in enough of the familiar to heighten the suspicion that, while this yokai-populated, fearsome Japan exists through the imagination of the author, it might also be found just around the next corner. And if you DO find it, beware!

Anipare successfully blends Japanese folklore and contemporary life, and readers will be entranced to see the mundane and the mythical collide. This thought-provoking story is sure to win Anipare fans.

At its heart, Yume is a compelling story about finding connections — to others as well as to parts of oneself — in an increasingly disconnected world. With empathetic characters, terrifying monsters, and a cinematic feel, Yume is a dream that will keep readers awake at night.

A captivating fantasy in the vein of Alice in Wonderland and Spirited Away, and yet possessed of its own unique vision and executed with precision, honesty, and feeling. Yume is more than a story about dreams and demons, it's about being a stranger in a strange land, and the yearning we feel to connect with someone . .. even if they aren't human. 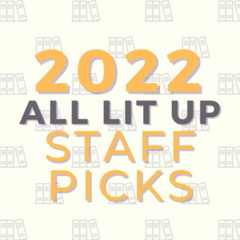 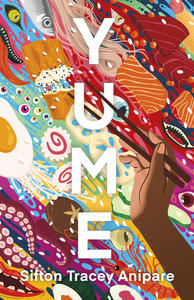 Author Sifton Tracey Anipare joins us in this edition of Off/Kilter to share more about her debut novel Yume (Dundurn Press)—how living and working as a teacher in Japan would inspire the dreams that would help her begin writing the novel and the Japanese mythology, books, ... Read more 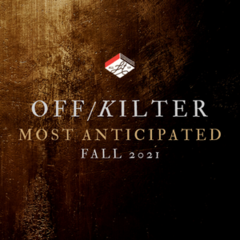 Off Kilter's Most Anticipated Reads: Fall 2021

It's the MOST wonderful time of the year—the classic, feel-good "beach reads" are put away for brighter days and we can comfortably get back under the covers of books that are a little darker, a little more magical, a little more surreal...

The selections below make up some ... Read more 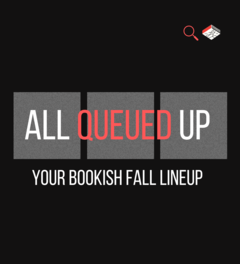 All Queued Up: Your Bookish Fall Lineup

All Queued Up is a weekly roundup of new indie books for your fall TBR. Discover new titles, add them to your All Lit Up wishlist or buy them here, or find them at your local indie bookseller with our Shop Local* feature. Get ready to unplug with some ... Read more