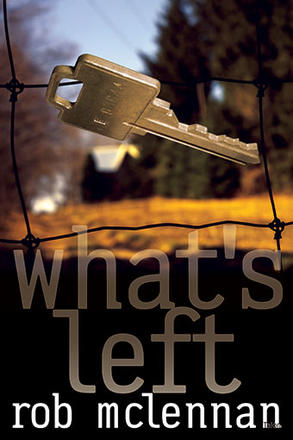 what’s left, a book in six related sections, presents us with cues and clues to the poet’s compositional strategies. The first section, “hazelnut,” measures time as the unfolding life of space. It alludes to mclennan’s long-term genealogy project, in which he discovers ... Read more

what’s left, a book in six related sections, presents us with cues and clues to the poet’s compositional strategies. The first section, “hazelnut,” measures time as the unfolding life of space. It alludes to mclennan’s long-term genealogy project, in which he discovers traces of the Sumerian flood, Etruscans, Icelanders, and Robert the Bruce hidden in “Indian Lands,” waiting to be discovered like “gilded coffins in Egypt, undisturbed, as yet,” along with other “‘ancient’ remains, now ‘decades-old,’” of our more recent, cash-crop culture. This hopeful search for a unified thread of narrative continuity in our shared physical landscape is undermined by the road-poems of the book’s second section, “interim report,” where the poet finds himself “somewhere between love and madness,” only to discover in the third section that the pursuit of a collective historical voice might well be merely a search for a little white li(n)e.

Section four, “cooley’s key,” shifts the identity/narrative search from the “other” to the “self,” with an ironic platonic toss of the active body in favour of its passive intentions: “‘he says in the old days, eh, all / they cared abt was sex & grades, eh, but now / all they care abt is grades … where / has the ambition gone. ” Section five, “paisley,” dead-ends in an artfully constructed fractal barrage of global nostalgia: a series of endlessly over- and under-stated images of idealized neighbourhoods where lawns are cut with mullets and relationships are cut into periodic tables by intrusive punctuation. Finally in section six, we find “what’s left: coda,” a return to the particulars of the poet’s “territory”: not a “mighty oak from a tiny acorn grown,” but a hazelnut thicket in which a multiplicity of voices is heard.

The author of more than twenty trade books of poetry, fiction, and non-fiction in a number of countries, rob mclennan has published work in more than two hundred trade journals in fourteen countries and three languages, and performed in Ireland, England, Wales, the United States, and across Canada.

“mclennan works with a genuine verbal invention and his cultural ephemera laid out in pastiche make a strong impression. ”— University of Toronto Quarterly 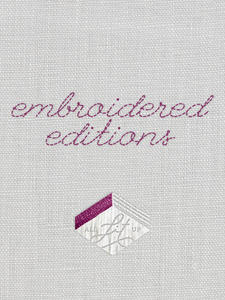 If you're crafting this holiday Monday, or just dreaming of some hygge environs, stitch yourself into one of these seven embroidered book covers. 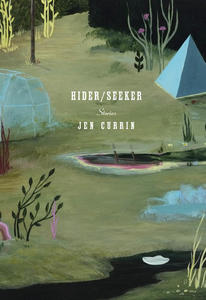 Today, we follow the tracks of award-winning poet Jen Currin's first work of fiction, the short story collection  Hider/Seeker (Anvil Press). These stories take us over hill and dale, and what's left to seek is human struggle and existence, rendered beautifully through Currin's ... Read more