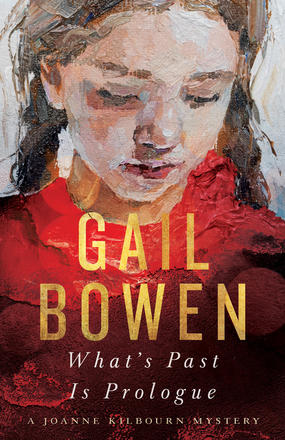 What’s Past Is Prologue

What’s Past Is Prologue

When Libby Hogarth, the go-to lawyer for the rich or famous who have committed heinous crimes, comes to Regina to deliver the prestigious Mellohawk Lecture, ... Read more

When Libby Hogarth, the go-to lawyer for the rich or famous who have committed heinous crimes, comes to Regina to deliver the prestigious Mellohawk Lecture, she is met with a torrent of hostility and misinformation. Libby Hogarth had successfully defended Jared Delio, a wildly popular national radio host, against charges of sexual abuse brought against him by three Regina women. Her no-holds-barred cross-examination of the women stirred up a rage that still smolders.

Zack and Joanne Shreve’s commitment to protect Libby goes beyond the fact that in defending Delio, Libby had simply applied the principles at the root of the justice system. Zack and Libby share a history. They were the last two students to article with Fred C. Harney, a brilliant alcoholic lawyer who changed both their lives. Sawyer MacLeish, Libby’s associate, was like a much-loved third son to Joanne when he was growing up, and she fears that Sawyer will suffer collateral damage from any attack on Libby.

Joanne’s fears are not groundless, and when the inevitable happens, Joanne, Zack, and their extended family must pick up the pieces.

Gail Bowen is an author, playwright, and teacher. Among her numerous writing awards are a lifetime achievement award from the Crime Writers of Canada and the Distinguished Canadian Award from the University of Regina. Reader’s Digest has called her Canada’s best mystery novelist. In 2018, she was awarded the Saskatchewan Order of Merit and the Grand Master Award of Crime Writers of Canada. She lives in Regina, Saskatchewan, with her husband, Ted.

The fire was still in Sawyer’s eyes, but in deference to Pantera, he kept his voice low. “Libby wants that permissiveness to end,” he said. “That’s why those rumours are so cruel and so unfair. The title of Libby’s Mellohawk Lecture is ‘Abracadabera,’ which she tells me is a corruption of the Hebrew ebrah k’dabri. She chose that phrase because it means ‘I will create as I speak. ’ The message Libby wants to get across to the audience is that if the victims of sexual assault are going to be treated fairly, it’s up to us to speak out and create a community that understands that rape is an act of violence, that no means no and that a man doesn’t have to prove his masculinity by forcing himself on a woman. ”

Zack shifted position in his wheelchair, an unconscious but necessary movement to offset the possibility of pressure ulcers. “And once the climate surrounding sexual assault changes, the interpretation of the law will change. ” He turned to Sawyer. “Was Margot Hunter at Ireland Leontovich when you articled there?”

“She still is,” Angus said. “When the attacks on Libby became so mindlessly vicious that Ed Mariani had to alert the police, Margot launched a counterattack on social media to tell people the truth. Margot put the onus for change squarely on the public, and her argument resonated.

Leah had been quiet, her dark intelligent eyes following the conversation, but Angus’s words struck a chord and now she jumped in. “So, if we want the law to be applied fairly to perpetrators of sexual assault, we have to change the climate of the community,” she said. “And for years, the community has judged victims of rape by factors that should be irrelevant: the length of a woman’s skirt, her personal style, the makeup she wears and her past history of sexual activity. ” She paused. “It’s time someone gave that speech, and Sawyer, Angus and I will be front row and centre cheering Libby on. ”

Sawyer gave Pantera a final head rub, and said, “Time to move along. One more thing — Jo and Zack, if it’s okay with you, we’ll take care of the driving tonight. The wind seems to be tapering off, but at this time of year …” He shrugged. “We thought the three of us could take Leah’s wagon and one of your cars to Margot’s, drop you off and pick you up when you’re ready to come home. Two cars — three extra shovellers and zero chances of anybody spending the night stuck in a snowbank. ”

Other titles by Gail Bowen