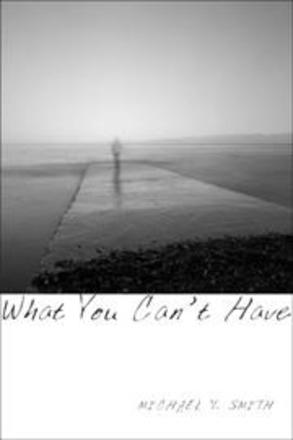 What You Can't Have

What You Can't Have

What You Can’t Have is a candid exploration of sex, sexuality, and sexualities. Michael V. Smith explores desire, looking at the difference between wants and needs in this collection of poems about longing to belong and acceptance. Some of the poems are concerned with adolescent ... Read more

What You Can’t Have is a candid exploration of sex, sexuality, and sexualities. Michael V. Smith explores desire, looking at the difference between wants and needs in this collection of poems about longing to belong and acceptance. Some of the poems are concerned with adolescent awareness of sexuality and self while others are concerned with gender transgression. All examine the limits of our cultural norms in a collection that is carnal, corporeally driven, and relishes in the body. Smith uses language that is plain-spoken, artful and yet undecorated.

Michael V. Smith is a writer, comedian, filmmaker, performance artist and occasional clown. He is the author of several books including What You Can't Have (Signature Editions, 2006), which was short-listed for the ReLit Award, and My Body Is Yours (Arsenal Pulp Press, 2015), which was a Lambda Literary Award finalist. He is also the winner of the inaugural Dayne Ogilvie Prize for LGBT Emerging Writers and was nominated for the Journey Prize. Smith currently teaches creative writing at the University of British Columbia's Okanagan campus in Kelowna. Bad Ideas is his latest collection of poetry.

LonelyTheir mother sits on the porch,so close to their dad in his armchairhe feels the night shifteach time she swingsher hair, tying blue ribbonsat the back. The middle sister–Sister Three of Fiveshe calls herself–helps make two bows. The air tastes of cool damp grass,the sun has abandoned the yard. The children want to stand here,barefoot on the floorboards,relaxed, all their skin relaxedand open to the sounds of the woods. They each would liketo be the one who asks the questionwhich keeps their parents home tonight,their father talkingthe sun back over the trees. IntellectShe is the dark child who refusesto bathe, who wears the same dressworn through, her hair pulledback days later only because her motherpins it better than she cares. She eatswhat she can carry to the woods, sleepsnext to the open window when she’s home. One night her mother woke to her shadowbeyond the doorframe, walking away,her daughter, the girl with ideas. DistanceThe child in the windowseems as thin as his breathfogging the glass. The world disappearswith a sigh from his small lungsas he waits for the mistto uncloud the street below. The child is more patientthan the man watchingfrom the sidewalkwho wants the boyto hurry up& wipe the glass. They are alone togetherthe boy curled on his windowsillthe man growing coldoutside, his feet dampfrom the walk & the freezing snow. In the next rooma woman is asleep. She dreams a husbandwho wants back in, a boyso frail these daysshe doesn’t dare.

“A collection of heartbreaking elegies for thwarted desire and unapologetic denouncements of propriety. ”—Xtra!

Other titles by Michael V. Smith