Very Marrow of Our Bones, The

Very Marrow of Our Bones, The

On a miserable November day in 1967, two women disappear from a working-class town on the Fraser River. The community is thrown into panic, with talk of drifters and murderous husbands. But no one ... Read more

On a miserable November day in 1967, two women disappear from a working-class town on the Fraser River. The community is thrown into panic, with talk of drifters and murderous husbands. But no one can find a trace of Bette Parsons or Alice McFee. Even the egg seller, Doris Tenpenny, a woman to whom everyone tells their secrets, hears nothing.

Ten-year-old Lulu Parsons discovers something, though: a milk-stained note her mother, Bette, left for her father on the kitchen table. Wally, it says, I will not live in a tarpaper shack for the rest of my life . . .

Lulu tells no one, and months later she buries the note in the woods. At the age of ten, she starts running — and forgetting — lurching through her unraveled life, using the safety of solitude and detachment until, at fifty, she learns that she is not the only one who carries a secret.

Hopeful, lyrical, comedic, and intriguingly and lovingly told, The Very Marrow of Our Bones explores the isolated landscapes and thorny attachments bred by childhood loss and buried secrets.

Christine Higdon is a writer, editor, and graphic designer. She was shortlisted for the 2011 Marina Nemat Award and for the 2016 CBC Creative Nonfiction Prize. Daughter of a Newfoundlander and a British Columbian, Christine lives in Mimico, Ontario, where she hooks rugs, worries about the bees, and longs for either ocean. This is her first novel.

It was under the milk jug on the kitchen table. A wet ring cut across the centre of the piece of paper, a lined sheet she’d torn from one of our scribblers. Mine probably. And the ink had run milky blue, veins emptied on the page. Why I hid it, I can’t say. Why I didn’t say anything about it to anyone, even when the police came, even years later, when my brother Trevor hammered a little wooden cross with her name on it into the garden, like for a dog’s grave, and I kicked it over, I will never know.

The note said: Wally I will not live in a tarpaper shack for the rest of my life. Love Bette.

None of us knew about pain. Not the kind that leaves you shattered and speechless. I had watched Trevor fly from the tree fort once—a graceless trapeze artist—and heard the sharp, unexpected snap of his wrist against the moss and cedar blanket of the forest floor. I’d seen my twin brothers Alan and Ambrose knocked bloody and unconscious in a dirt-bike crash at the gravelly corner of Forward Road and Hemlock Street. And when Jed was a puppy he ran headlong into the moving wheel of Mr. Tenpenny’s half ton. But no one had died. No one had left us. Not even a dog.

Once, my eldest brother Geordie and I came across the carcass of a freshly killed young possum in the back woods. Its arms were raised above its head, as if in disbelief, stretching skyward. Beseeching. Whatever had killed it had ripped open its belly and eaten all its tender bits. My mother’s disappearance left us all like that. Gutted, hapless creatures flung unceremoniously into raw isolation.

Sometimes pain brings people together, helps them to cross the grand abysses of human discord. The lost are found. Sons reach out to fathers after years of silence. Sisters forgive brothers. Sometimes it’s too late.

“Higdon's debut novel is a finely observed chronicle of two women's lives . . . this novel will appeal to readers more interested in the journey than the destination.” — Publishers Weekly

“An ambitious debut novel that will make you cry, cringe, and laugh . . . This small-town drama is jam-packed with revelations and sweet portraits that stick.” — Kirkus Reviews

“Canadian librarians in particular will want to pay attention to this debut.” — Booklist Online

“This wondrous book concerns more than mere detective work, expanding instead on the grander mysteries of love and hate, survival and destruction – and most powerfully, perhaps, of decades-long journeys home.” — Toronto Star

“Brutal and punishing with occasional grace notes, The Very Marrow of Our Bones is concerned with morbidity — both the human capacity for it and what people make of it when it becomes the raw material of their lives.” — Foreword Reviews 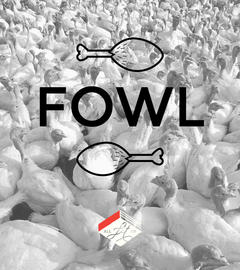