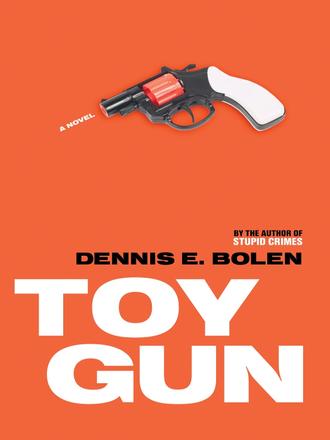 Toy Gun continues the exploration of character and fate on the streets of Vancouver that began with the novel Stupid Crimes (1992) and continued in Krekshuns (1995). Written in the style of the “hard-boiled” detective thriller, Toy Gun is very much a literary treatment of ... Read more

Toy Gun continues the exploration of character and fate on the streets of Vancouver that began with the novel Stupid Crimes (1992) and continued in Krekshuns (1995). Written in the style of the “hard-boiled” detective thriller, Toy Gun is very much a literary treatment of contemporary life in one of the world’s most densely populated urban centres. The novel focusses more closely on the stormy life of the protagonist, parole officer Barry Delta-his loves and losses, his misfortunes, foolishness and struggle; all push Delta in directions he seems never able to predict or comprehend. Toy Gun also follows several of Delta’s more “challenging” cases, offering rare insight into the mental machinery of the criminal recidivist, while exploring with bleak humour the moral pressures of being another man’s keeper.

“Dennis Bolen has managed to make the unsavoury engrossing in his imaginative novel.” (Globe and Mail)

“If there is such a thing as a sensitive Bukowski, then Bolen is it…enough convincing debauchery to both shock and compel readers.” (Vancouver Sun)

"Toy Gun suggests that 'ontogeny recapitulates phylogeny,' that what is wrong with individuals is also wrong with the system and thus, with society as a whole. … The mock-epic conventions suggest that Barry Delta is the modern urban hero, wounded, wounding, plodding, passive-aggressive, alone in a hostile city, doing battle over the telephone, in offices, on buses, in the street, suffering defeats, retreating from bed after bed. He has a key to the city, but he cannot find a gate. Like the parolee's toy gun, it may get him what he wants, but for sure it will get him killed. So, even if the protagonist is not particularly likeable, even if his redemption is so tentative as to feel suspect, the book has much to offer—the story, the style, the Vancouver setting, the jaundiced critique of a starved and almost-abandoned correctional system, and of the larger society wants to do right but is constrained by fear and the bottom line. The plot perfectly informs the theme of good intentions with ineffective insufficient follow-through. How very Canadian. How self-revelatory. Bolen forces us to face things about ourselves that we would really rather not admit." (J.M. Bridgeman, Prairie Fire )

In 1989 Mr. Bolen helped establish the international literary journal subTerrain, and served there as fiction editor for ten years. He has acted as a community editorial board member at the Vancouver Sun and sat on the boards of a literacy advocacy organization, a literary collective and a theatre company. He has written criticism, social commentary, arts advocacy and editorial opinion for numerous journals and newspapers in Canada.

Other titles by Dennis E. Bolen