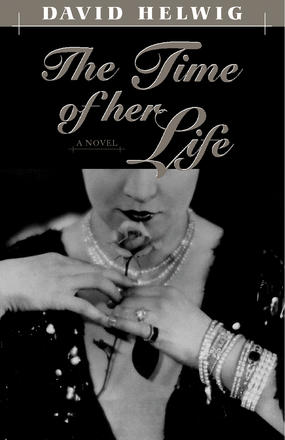 Time of Her Life

Time of Her Life

In The Time of Her Life, David Helwig draws us into the world of a woman of character. Indeed how Helwig tells the tale is as absorbing as the tale itself as we follow Jean from small-town Ontario to a privileged life as la contesse de Serviède in wartime France to genteel ... Read more

In The Time of Her Life, David Helwig draws us into the world of a woman of character. Indeed how Helwig tells the tale is as absorbing as the tale itself as we follow Jean from small-town Ontario to a privileged life as la contesse de Serviède in wartime France to genteel poverty in Montreal, adapting her actions and values to survive in the world around her.

At fifteen, Jean is ready to slip into the secret life of adults; already she enjoys the attention of a cross-border whiskey smuggler. When he is shot by other smugglers, she rows out to him. Close to shore, she admits to herself that he is dead. Setting the course of her life, she sidesteps explanation by rolling the body overboard and sneaking home. Soon, she accepts a movie cameraman's impulsive proposition and heads for New York disguised as a boy. Being beautiful, being looked at becomes Jean's métier. In New York, working as nude model, she learns the value of her youth and beauty and what sex can buy her if she uses it judiciously. In Hollywood, silent-film stardom is soon hers. Asked to make a movie in France, she says Yes, as always. She says Yes again to a much-older count, has a son, and lives as a Paris aristocrat until her life is devastated by World War II. Her husband dead and her apartment commandeered, she huddles at the family's country home with her child until the war is over. Trading on her title, Jean opens a gallery, and, in the postwar confusion about ownership, she carefully sells a parcel of Picassos left with her by a missing Russian Jewish designer. But peace is transitory. She loses her son to the war in Indochina, her lover to family duties, her womb to a hysterectomy.

Stricken with restlessness, she sells the gallery, moves to Montreal, and starts a new career in films and commercials. In old age, she measures out her last days in her Montreal apartment, her resilience undimmed by history and human folly.

In The Time of Her Life David Helwig has created a highly entertaining and provocative work. This is an inspired exploration of time and memory skillfully crafted by a veteran Canadian writer.

David Helwig (1938-2018) grew up in Ontario and lived in Belfast, Prince Edward Island. He founded the Best Canadian Stories series, and he was the author of sixteen books of fiction and numerous works of non-fiction, including poetry, memoir, documentary and translation. His most recent work of fiction was Close to the Fire (Goose Lane, 1999), a novella, and the novel, The Time of Her Life (Goose Lane, 2000). "Missing Notes" appeared in ArtsAtlantic (61) and was selected for 98: Best Canadian Stories.

"[Jean] comes alive as a woman of spirited playfulness, with stubborn common sense tempered by a sensibility that allows her to see deeply. "

"A meditation in a minor key . .. Helwig, one of Canada's well-known writers, is a novelist of considerable talent, and he knows how to enchant. " 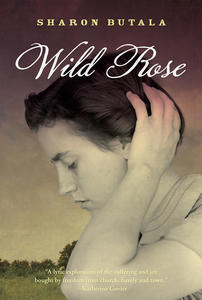 Read This, Then That: Women of the West

The first few things most people probably think about when they consider the Wild West is cowboys, horse chases, and shoot outs at high noon. We have a just one question to ask of you: If the men were off riding horses and getting into gunfights, where were the women?

Other titles by David Helwig