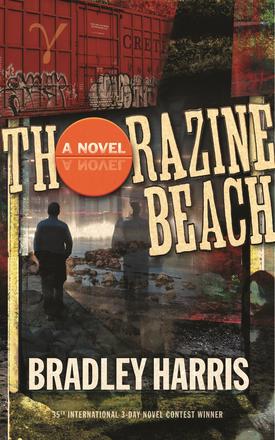 Jack Minyard is a private eye down on his luck. He’s badly overweight and on the wrong side of sixty. He’s lost his marriage, and maybe a little of his mind, too. After narrowly escaping charges in a statewide fraud and money ... Read more

Jack Minyard is a private eye down on his luck. He’s badly overweight and on the wrong side of sixty. He’s lost his marriage, and maybe a little of his mind, too. After narrowly escaping charges in a statewide fraud and money laundering scandal, Jack has been working private contracts and counting on the kindness of strangers (not to mention a pile of prescription drugs) to get by. In a last-ditch play to resurrect his career, Jack takes on a case that puts him on the wrong side of the tracks and in the midst of some of the roughest trade going.

"This book is recommended as a solid example of 'marathon' novel-writing and as a biting commentary on the cracks beneath social facades." (Foreword Reviews)

Praise for Ruby, Ruby(the first in the Jack Minyard series):

“Ruby, Ruby exemplifies the genre … it features a couple of ugly murders in the finest 3-day tradition, weird cop Jimmy Page, a half dozen or so y’allin Tenneseeans both black and white and a church-going Rotarian detective who tells the story in a wisecracking style…” (Vancouver Sun)

Bradley Harris is a Canadian writer, editor, and teacher living and working in Memphis, Tennessee. He is the only writer to have won the infamous International 3-Day Novel Writing Contest twice. His novel Ruby Ruby won the 21st annual competition and was published in 1999. His entry, Thorazine Beach, was selected as the winning entry in the 35th annual contest and will be published in August of 2013. His other works include prizewinning short stories and a dramatic play, Incoming, produced in Memphis and Los Angeles. Brad holds BA and JD degrees, plus an MFA in Creative Writing from The University of Memphis. He is currently at work on his third novel in the Jack Minyard series, Six Flags Over Jesus.

Other titles by Bradley Harris