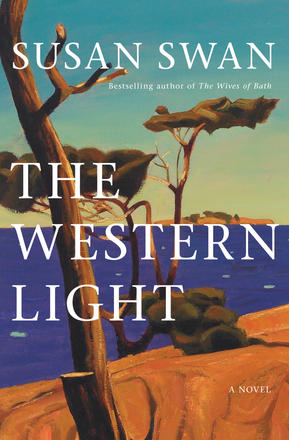 Mouse’s world is constrained by a number of factors: her mother is dead, her father – the admired country doctor – is emotionally distant, her housekeeper Sal is prejudiced and narrow, and her grandmother and aunt, Big Louie and Little Louie, the only life-affirming presences ... Read more

Mouse’s world is constrained by a number of factors: her mother is dead, her father – the admired country doctor – is emotionally distant, her housekeeper Sal is prejudiced and narrow, and her grandmother and aunt, Big Louie and Little Louie, the only life-affirming presences in her life, live in another city.

Enter Gentleman John Pilkie, the former NHL star who’s transferred to the mental hospital in Madoc’s Landing, where he is to serve out his life-sentence for the murder of his wife and daughter. John becomes a point of fascination for young Mary, who looks to him for the attention she does not receive from her father. He, in turn, is kind to her – but the kindness is misunderstood. When Mary figures out that the attention she receives from the Hockey Killer is different in kind and intent from the attention her Aunt Little Louie receives, her world collapses.

Set against the beautiful and dramatic shore of Georgian Bay, the climax will have readers turning pages with concern for characters they can’t help but love.

Susan Swan’s critically acclaimed fiction has been published in twenty countries, and her impact on the Canadian literary and political scene has been far-reaching. Swan’s previous novels include The Western Light (shortlisted for the 2013 OLA Evergreen Award), What Casanova Told Me (a finalist for the Commonwealth Writers’ Prize), The Wives of Bath (which was made into the feature film Lost and Delirious), The Biggest Modern Woman in the World (Finalist for the Books in Canada First Novel Award and the Governor General’s Literary Award for Fiction), The Last of the Golden Girls, and the short story collection Stupid Boys are Good to Relax With.

“Canadian literary icon Susan Swan is back … Once again, Swan expertly takes on what it meant to be a girl in a time when being a girl was no piece of cake. ”

“Readers will revel in the familiar details of home coupled with a dramatic plot. ”

“Swan’s new novel is a tentative, fraught coming-of-age story about the complications of Mary’s desire—for the athletic and charismatic Pilkie on the one hand and her elusive father on the other … Swan’s representations of the two male figures emphasize them as opposing poles in Mary’s desire. ”

“Swan, the consummate storyteller, plays her hand shrewdly. There is just as much danger in goodness, she is telling us, as in evil. ”

“With its focus on winter in northern towns, pre-medicare medicine, hockey and the very relevant issue of concussions among professional athletes, Swan has added another gem to the Canadian canon. ”

“A gallivanting read bound to become a classic. ”

“Mouse Bradford is a unique and luminous creation … Gentleman John Pilkie, the hockey killer with a heart of gold, is dressed and ready to become a legend. ”

“The timely subject of hockey concussions is absorbing, as is Swan’s consideration of broken minds… At the heart of the novel is a girl’s thoughtful deliberation on the mysteries of good and evil, and how they can be combined in the same person. ”

“[Swan’s] poetic descriptions of Ontario’s harsh winter weather and adept use of colloquial speech … are particularly vivid, and help bring the world of the novel to vibrant life. ”

“Swan’s elegant diction and structural flow is seamless. This is a novel for all generations. ”

Other titles by Susan Swan