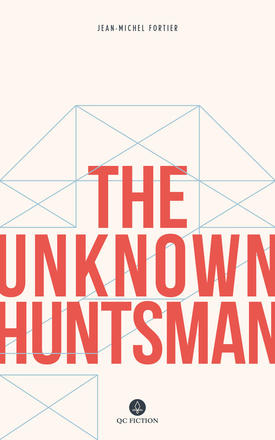 A strange and anonymous narrator, an unnamed village, an unsolved murder, a mysterious huntsman, and a wisdom tooth extraction gone terribly wrong. There’s no shortage of intrigue in this offbeat debut novel by Jean-Michel Fortier. A bewitching story full of dark humor and ... Read more

A strange and anonymous narrator, an unnamed village, an unsolved murder, a mysterious huntsman, and a wisdom tooth extraction gone terribly wrong. There’s no shortage of intrigue in this offbeat debut novel by Jean-Michel Fortier. A bewitching story full of dark humor and laugh-out-loud absurdity, The Unknown Huntsman is full of gossipy run-on sentences and snide remarks from the narrator. It reads like an allegory or dark adult fairy tale, and its motto could be: "If you don’t want answers, don’t ask questions. "

"A surreal, offbeat look at life in a small, unnamed village . . . This is an intriguing and original novel, the ending of which does not wrap things up neatly so much as introduce an entirely new level of absurdity. " —Publishers Weekly

"A thoroughly enjoyable read . . . If you like offbeat, avant-garde humour with a little darkness, then The Unknown Huntsman will appeal . . . translator Katherine Hastings has performed a worthy service to English readers, for I cannot imagine this book being any more humorous in its original language. " —James Fisher, miramichireader. ca

"The absurdity, irony, and dark humour make this an exuberant novel and a compelling read. The Unknown Huntsman is . . . highly original, shifting between levity and darkness with a masterful hand. " —Rhonda Mullins, Malahat Review

“A debut novel that deserves a place alongside the best, The Unknown Huntsman breaks with traditional conventions of genre and narration, its avant-garde style bringing an exciting new perspective to Quebec literature. A must for readers for whom literature is a weapon of mass instruction. ” —Émilie Pilote, Les Méconnus

Other titles by Jean-Michel Fortier