The Union of Smokers

The Union of Smokers

Huckleberry Finn meets The Catcher in the Rye meets Ferris Bueller’s Day Off in this outlandish debut novel.

Kaspar Pine begins his day with a simple task: replace a pet canary. By day’s end, as Kaspar is being loaded into an ambulance, he delivers one hell of a "theme essay," ... Read more

Huckleberry Finn meets The Catcher in the Rye meets Ferris Bueller’s Day Off in this outlandish debut novel.

Kaspar Pine begins his day with a simple task: replace a pet canary. By day’s end, as Kaspar is being loaded into an ambulance, he delivers one hell of a "theme essay," covering such subjects as his ability to source and catalogue the cigarettebutts he harvests; information on maintaining the social order of chickens, along with general and historic farming details that run from Saskatchewan to Ontario; insinuating himself between other kids and people who wish to do them harm; fire marshalling; and his inability to maintain an essayist’s cool detachment in the face of unrequited first love. The Union of Smokers details the heartfelt and heroic last day in the life of a reluctant, irreverent, and oddly wise hero.

"A narrative voice that gets in your head and proves unforgettable, [and] a story that manages to be utterly devastating and uplifting at once. "—Kerry Clare

Paddy Scott lives in Trenton, Ontario, the town that provides source material for the fictional town of Quinton. Educated at Nicholson Catholic College Belleville, the University of Western Ontario and Carleton University, Scott has been published in Broken Pencil, Grain, Feathertale Review, untethered, and other equally fine places. Devilhouse Press published his first chapbook, Fatal Errors. His near-misses include being longlisted three times for the CBC Literary Awards, being a runner-up for the John Newlove Award for poetry, and being a nominee/finalist for the Canadian Magazine Awards and the Alberta Magazine Awards.

"Channeling such haunting literary works as Carson McCullers’ The Heart is a Lonely Hunter and Flannery O’Connor’s Wise Blood, Paddy Scott’s debut novel The Union of Smokers uncannily enfolds readers in the sights, sounds, tastes and smells of small-town Ontario life in the 1960s. With plenty of off-the-cuff banter and more than a little wit and whimsy, this tragi-comic tale of a day in the life of ateenaged boy and the people he meets along the way is a sign of great things to come from Paddy Scott. "—Ruth Zuchter

"Son of a knacker! An entirely new kind of story told by a gutter-mouthed, chain-smoking twelve year old, who announces in the opening paragraph that he’s going to die today. As irreverent and playful as it is tragic and heartbreaking, this wonderfully original debut novel reminds readers to hold onto their humour when life goes squirrelly. Prepare for Paddy Scott’s unlikely hero to take up full-time residence in your heart. "—Angie Abdou

"Philosophical, deeply human and intricately flawed, twelve-year-old Kaspar is the kind of complex, insightful main character whose journey will stay with you for years to come. Paddy Scott’s fiction debut is as sharp, detailed and prescient as it is heartbreaking and universal. Bringing together themes of environmental, economic, sexual, emotional, and labour exploitation through one small-town boy’s world view, Scott unravels what it can mean to be important,to be human, and to know love. Beautifully told, Kaspar’s story reminds us freedom and goodness can be found in the most unexpected ways. "—Anita Dolman

"Kaspar is not only the main source of entertainment in this book, he IS the book. .. one of the most memorable characters I’ve read in years. "—I've Read This

"There is no better way to lure a reader into a story than by killing off a literal canary, the extractive industry’s preferred harbinger to human health, at the very beginning. ..One of the most challenging things about deploying this sort of twangy and precocious Holden-Caulfield-type voice is making sure Kasper isn’t struck by moments of poetic pubescence, whether facing the state of mankind or, worse, gazing into a woman’s eyes. But Kasper’s naiveté steers the course, and like all children’s journeys, brings unexpected moments with it. "—Maisonneuve

“I love this book so much. I wouldn’t be surprised if you see it on some awards list this fall. .. Even though the protagonist isn’t technically a man yet, being only twelve, I would argue that he embodies all the traits that our society tends to value in men. But he’s also been exposed to some terrible men and their worst traits. His father was abusive. So, it’s a really interesting experiment in how we raise our kids, what rubs off on them, and the kindof lessons that they learn from us. ”—Anne Logan, CBC's The Homestretch, Books Columnist 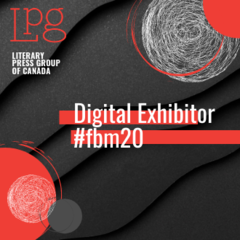