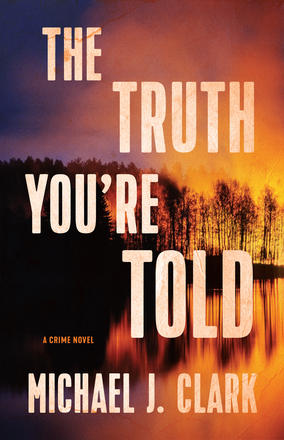 Sam Hutchings was looking for a writing muse. She hoped that the family cabin at Bird Lake would spark her keyboard, a fire that had been smothered by self-loathing, cheap wine, and her daughter Meg’s summer vacation. An innocent stroll down ... Read more

Sam Hutchings was looking for a writing muse. She hoped that the family cabin at Bird Lake would spark her keyboard, a fire that had been smothered by self-loathing, cheap wine, and her daughter Meg’s summer vacation. An innocent stroll down memory lane begins to unravel the story Sam had heard about her father: What did he do for a living? How did he actually die? Those who know the truth are nearer than she imagines, and protecting their secrets is worth killing for. As the old family stories begin to disintegrate, can Sam and Meg figure out the actual story? And can they uncover the dangerous plot by ex-U. S. military men — before it’s too late?

Michael J. Clark began his writing career as an automobile journalist, winning national awards in Canada for his writing and photography. His first novel Clean Sweep won the Eileen McTavish Sykes Award for Best First Book by a Manitoba Author. He lives in Winnipeg, Manitoba, with his wife, Carol.

Sam slowed as she approached Davidson Lake. It was much smaller than Bird Lake, shared by Manitoba and Ontario. The next rise signaled the end of PR 315, and the start of Werner Lake Road, which was anything but maintained. The Manitoba terminus had been widened for easier returns, as well as ample parking for ATV enthusiasts and snowmobilers, with plenty of room for unloading their trailers. Sam pointed the Chevy west, back to Block Fifteen. She stopped at the public well near Tulabi Falls, ignoring the warning sign for the water quality as she pumped and drank. She had drunk from the spring for years without ever getting sick.

Sam drove another mile before pulling over to the side. She turned off the ignition, genuinely hopeful that the forty-something Chevy would start again. The tree cover shielded what she wanted to see. She used the front bumper as a step, planting her feet on the hood. It still wasn’t high enough. She walked to the front of the windshield, then steadied a foot on the top of the driver’s door to climb up on the roof. The sap-stained steel oil-canned beneath her as she rose to stand. She could see it now, the cedar-shake peak of the Whiskey Jack Lodge. It had been built in the fifties during the logging boom, though it wasn’t built with logging money. The Whiskey Jack was the brainchild of Edgar Van Cleef, an American financier with interests in mining operations in what was then known as Crown lands. It had been more of a private fish and game camp for Van Cleef’s posse, accessed by float plane charters. Van Cleef had died in the fall of ’89, his skull crushed when he fell off his Honda three-wheeler near the water’s edge. He had left the lodge to his longtime personal secretary, a man by the name of Norman Peale. Peale had improved the lodge where needed, adding a few more cabins, renovating the main lodge, even restoring a pair of vintage wooden speedboats for his personal use. The lodge was still a destination for the rich, the famous, and the private. Stan had said that he was ‘pretty sure’ that he had seen Jennifer Aniston on one of the speedboats, after her first divorce. Sam figured that it was just someone rocking a Rachel hairdo, though the rumours persisted about global heavyweights. Bezos, Branson, even Elon Musk had reportedly spent a long weekend with the reclusive Peale.

The private lodge saw little in the way of road traffic, except for delivery vans, with no roadside signage. Most guests seemed to prefer the fly-in charm, regardless of its easy road access. Sam remembered the road in. There was a large gate behind the canopy of trees, probably still equipped with the security camera and intercom system that she remembered pulling up to almost thirty years before. The Whiskey Jack Lodge made a point of employing the local summer youth, if you were pursuing higher education at the university level. Sam worked there through the summer of ’88. She was called back for the summer season in ’89 but left in late July. It was because of the fire at neighbouring Eastland Lake, the one that had threatened to take out Bird Lake with it. The one that had evacuated the whole area, from Bird River to the Ontario border.

Other titles by Michael J. Clark