Ilona Martonfi's third poetry collection, The Snow Kimono, can best described as an obsession with truth. The Snow Kimono invites the reader into a magical world where reality shimmers with the fragile beauty of the moment and the dark, haunting awareness of a painful past that ... Read more

Ilona Martonfi's third poetry collection, The Snow Kimono, can best described as an obsession with truth. The Snow Kimono invites the reader into a magical world where reality shimmers with the fragile beauty of the moment and the dark, haunting awareness of a painful past that lingers just out of sight. Compassionate and disturbing, witness poems elaborate on history, exile, the war refugee, the dispossessed, and the disappeared. Other, more personal poems concern themselves with love, identity, place, and with loss -- especially in the series keening for a mentally ill daughter. The past and the present mix in this compelling collection of free verse and prose poetry that draw the reader into a language that illuminates the way in which the beauty of human spirit is both concise and eloquent.

Born in Budapest, Ilona Martonfi is a Montreal poet, editor, and creative writing teacher. She is the author of two poetry books, Blue Poppy (2009) and Black Grass (2012), and two chapbooks, Visiting the Ridge (2004) and Charivari (2013.) Her work has published widely in numerous journals across North America and abroad. Recently, her poem “Winter on Pine Avenue” was nominated for the 2014 Pushcart Prize.

"I don't know how many wounds poetry can heal, but I know poetry can bear witness. Ilona Martonfi's clear-eyed poems in The Snow Kimono bear witness to a grief shared across time and continents. From what she calls 'the unsalvageable,' she has salvaged a difficult beauty - the lucid, unflinching songs of one who has come through."--Mark Abley, Canadian poet, journalist, editor and non-fiction writer"Poems to be worried in the hand over and over like small beads. Poems that are honed, hard-won, distilled through memory, pain, love, redemption. This latest collection, The Snow Kimono, by Ilona Martonfi bears the same sparse yet painterly language, the same staccato intoning of the world and self that has marked her poetry from the start. Barbed wire. Reed warbler. Streetcar. Wooden clogs. Ochre yellow. The lone images gather. Meaning moves, clutches, in the liminal spaces between. Martonfi's personal past here broadens out, mingles with imagined others - a bomb victim, Margarita of Medieval Verona, Bog woman. We move through a world implacably harsh, yet graced with a keening beauty and, always, the salve of nature. Always, too, flawed humanity, with clipped wing, insisting still on flight. As witness, these poems."--Victoria LeBlanc, Concordia University, creative writing and art studies. Curator of the Gallery at Victoria Hall and director of the Visual Arts Centre and the McClure Gallery"In The Snow Kimono, Ilona Martonfi deftly paints a series of succinct tableaux which present women's distress with as much subtlety as restraint. Their grief is depicted through precise and masterly poetic writing that touches the reader deeply. When we close the book, these portraits continue to inhabit us. Here, poetry meets life."--Louise Dupré, Author of art books, poetry collections, essays and novels. Recipient of the 2011 Governor General's Award for her poetry collection Plus haut que les flames 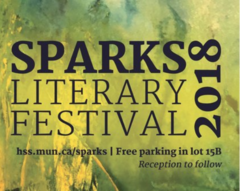