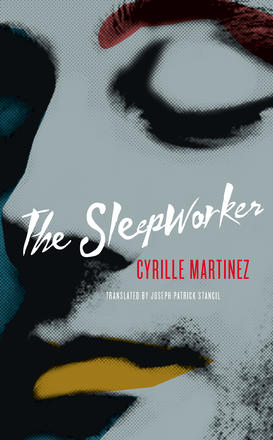 John is a poet. Only John almost never writes poems, because he is also unemployed. He lives with four friends, and they squat in a loft in New York New York, a fantastical city that resembles the Big Apple, but also any other city where artists live. They throw fabulous parties ... Read more

John is a poet. Only John almost never writes poems, because he is also unemployed. He lives with four friends, and they squat in a loft in New York New York, a fantastical city that resembles the Big Apple, but also any other city where artists live. They throw fabulous parties and practice group sodomy. That is, until John meets Andy.

Andy is an artist. Well, he is if you define art as something that people don't want but the artist wants to give them anyway. His work includes the Double-Murder Gun, which is just as likely to kill the shooter as the intended victim. A gallery owner with Tourette syndrome "discovers" his work and Andy is on his way to being famous. John, on the other hand, is hard at work at being unemployed, drinking all night and sleeping all day—which leaves him very little time for writing poems. Andy, watching him sleep, has an intriguing idea for a piece of art that he thinks will allow John to get paid for what he does best.

Using the story of Andy Warhol and John Giorno and their film Sleep as a starting point, The Sleepworker reads like a Warhol film on fast-forward.

'As New York, capital of the twentieth century, recedes from memory, it becomes more like Paris; we flock to it to pay tribute to the great things that once happened there. New York is now a miasma of apocryphal myths feasting on its own corpse. On these pages, Martinez spins hazy rumor and wilting gossip into blistering contemporary fiction, holding up Warhol's mirror to the myth of Warhol himself. The result is a delicious celebration of simulacra where, like New York New York itself, nothing is true, but everything is permitted. '

Cyrille Martinez is a novelist and poet. He lives in Paris, where he is a librarian of French and comparative literature at the Sorbonne. He has published seven books, some of which have been adapted for theatre, and has done a number of readings in France and abroad. The Dark Library is his second book translated into English.

"That same stylization, and the sense of history happening and repeating itself at the same time, there’s almost a sense that Andy and John are themselves performing roles that existed long before they were born. And it’s a more interesting approach than a more straightforward telling of the making of Sleep might be . .. It’s a riskier proposition, but the results can be rewardingly evocative. "

Other titles by Cyrille Martinez

Other titles by Joseph Patrick Stancil