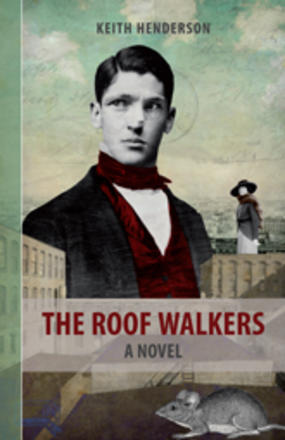 Christmas, 1864, in the last years of the civil war, a twenty-year-old Irish Canadian, Eoin O'Donoghue, is newly hired as the personal secretary to the prospective head of the embryonic Irish Republican Army in New York, William R. Roberts. Appalled that the mayhem he sees around ... Read more

Christmas, 1864, in the last years of the civil war, a twenty-year-old Irish Canadian, Eoin O'Donoghue, is newly hired as the personal secretary to the prospective head of the embryonic Irish Republican Army in New York, William R. Roberts. Appalled that the mayhem he sees around him is also being planned for his own country, Eoin offers his services to Gilbert McMicken, head of Canada's secret police. So begins the trajectory of what Eoin himself calls, self-disparagingly, his 'Judas informantcy. '

Against a backdrop of fusion and collapse, 600,000 Americans dead, one nation, Canada, about to be created, another to its south in disarray, Irish militants plan northward raids to win a 'New Ireland' on the continent (its capital, Sherbrooke, QC), to split Ireland itself off from Great Britain, and to avenge reverse, cross-border Southern terror hatched in Montreal and approved by Jefferson Davis - murder and bank robberies in St. Albans, Vermont, a form of germ warfare (yellow fever spread by trunks of black vomit encrusted clothing), Confederate Robert Kennedy's almost successful plan to fire-bomb New York City, and the shooting of Abraham Lincoln.

Under assumed names, safely housed in the Moffat Mansion on Union Square (with a sunburst flag on the roof, lavishly furnished in mahogany and green, center of the Irish Republic in exile), live the secret, illegitimate twin daughters of James Stephens, Fenian leader in Europe. Who will capture Eoin O'Donoghue's allegiance - his employer, radical New York businessman and Fenian William R. Roberts (later US ambassador to Chile), Deirdre Hopper (Stephens), accomplished painter and musician and daughter of the leader in Dublin, or Canadian spy-master Gilbert McMicken, who regularly insists his protégé provide 'less poetry and more police work. '

Two spirits also stalk the book, one Edmund Spencer, author of the Faerie Queene and the Sheriff of Cork, who celebrated the flowers of Ireland and contemplated mass starvation of the Irish as an instrument of Elizabethan power. The other is Thomas D'Arcy McGee, Irish revolutionary, poet, journalist, Father of Confederation, the only federal politician in Canada ever to have been assassinated (by Fenian separatists in 1868), almost three years to the day after Lincoln's death at the hands of John Wilkes Booth.

Art or authority, union or secession, integrity or 'informantcy', rapine and war or love and the peaceable kingdom - Eoin O'Donoghue, reluctant patriot and spy, is torn by these choices.

Keith Henderson has published three previous novels, (The Restoration, DC Books, 1994, The Beekeeper, DC Books, 1990, The Roof Walkers, DC Books 2013), a collection of political essays from when he was Quebec columnist for the Financial Post (Staying Canadian, DC Books, 1997), and a prize—winning book of short stories (The Pagan Nuptials of Julia, DC Books, 2006). He led a small provincial political party in Quebec during the separatist referendum of 1995 and championed English language rights and the "poison pill" strategy of partitioning Quebec if ever Quebec partitioned Canada, positions covered in full length articles in the Los Angeles and New York Times as well as on CBS 60 Minutes.

“Despite its heavy historical freight, the story steams along nicely with well-voiced dialogue, lively scenes, mounting danger and, of course, the love interest. It may seem trite to say that all the ingredients are here for a plush mini-series: not only the broad canvas of events but also the carefully rendered texture of social and urban history (cigar brands, saloons and oyster cellars, street gangs, fancy dresses) would make a visual feast, and anything that piques interest in Canada’s past cannot be bad. But lurking here is that vexed question about how closely fictional reconstructions should hew to fact—particularly when they popularize a history of which so many know so little. Reading this book sent me looking in others for confirmation of details and events, and I quickly learned that it would take a well-versed historian to appreciate fully what Henderson has pulled off so intelligently in this fictive re-creation, not to mention his deviations from biography and the basis for his intriguing twist on the standard reading of events. ”— "Less Crazy than you'd Think The Fenians’ quirky place in Canadian confederation,” Anne Marie Todkill, The Literary Review of Canada, Nov. 2013“The book works most impressively as the painstaking reconstruction of a time that feels alien to our own: a time when seemingly every man on the street had a perspective, a pistol and a pun at the ready, when history was not so set in stone that a motivated man might not affect it. ”— Kirkus Reviews, Oct. 2014Read full review. ...“With a unique narrative approach, Keith Henderson recreates the birth of Canada. Five Stars (out of five). The Roof Walkers by Keith Henderson an epistolary novel about the birth of Canada, is historical fiction at its best. It not only illuminates a point in time, but wraps its subject in a compelling story of intrigue and passion. Henderson examines that time near the end of the American Civil War when Thomas D’Arcy McGee’s vision of “one great nationality” in a peaceful and united Canada–then a loose confederation of provinces–was anything but a foregone conclusion. ”— Foreword Reviews, Jan. 2014Read full review. ...“The book is a tribute to D’Arcy McGee, and in many ways a companion volume to David Wilson’s highly praised biography of this Father of Confederation. This story will help Canadians realize that McGee was an important visionary and yet a highly pragmatic politician a hundred years ahead of his time. A devout Catholic, McGee realized that his community would do better in Canada than in the USA, Ireland, or Britain. In clear but colourful language, the book brings out why this ideology made this Montreal politician persona non grata to his Fenian murderers…. This is also a very subtle book. ” — Nuacht (Montreal St. Patrick's Society) Sept. 2013“The Roof Walkers by Keith Henderson takes us to Christmas, 1864, where we meet Irish Canadian Eoin O'Donoghue who has been hired as the personal secretary to the possible head of the Irish Republican Army in New York. When he offers his services to the head of Canada’s secret police, he calls this new path his ‘Judas informantcy. ’ There is no end to the trouble that Eoin must choose between with governments colliding and world events happening fast, from assassinations of great men to countries besides the US being torn by war and separations. This is the life that he must live, a reluctant spy trapped in a world of intrigue and change. Canadian history is new to me, but I love learning new things. What I love about this book is that it takes so many events of the time and combines them into the story. You can tell that Keith Henderson put a great deal of research into every aspect of this book. It is well written, flows well and hits the right spots for a historical fiction. Yes, there is some creative license at certain points; however, you expect that when you read a historical fiction and it works within this book. The story and characters are compelling and bring you into the story with effortless ease. To me this is the sign of a great writer. The length of this book adds to the enjoyment for me. I felt like I was sinking my teeth into a full bodied story. It was not too short, not too long - just perfect for the story itself. I would recommend this one. ” — Kathryn Bennett, Readers' Favorite (5 Star Review), May. 2014“With Canada celebrating its 150th anniversary, many Canadians are thinking about what it means to be Canadian. Keith Henderson, MA (Eng. ) 86, is certainly no exception. From 1993 to 2003 he led the now-defunct Equality Party, a Quebec provincial political party that represented anglophones. His career as a writer has likewise given him opportunity to reflect on Canadian national identity. Identity inevitably comes up in his latest novel, Acqua Sacra (DC Books, $21. 95), a story of a woman who is torn between her floundering life in Montreal and her mother's demand to rehabilitate the family home in Italy. An earlier novel, newly relevant in light of Canada's sesquicentennial, explores the Fenian raids in the lead up to Confederation. The Roof Walkers (DC Books, $21. 95) takes the form of official reports from a young Irish-Canadian spy operating in the 1860s. Henderson lives in Montreal, where he taught English for many years. ”—Concordia University Magazine, Fall, 2017

Other titles by Keith Henderson