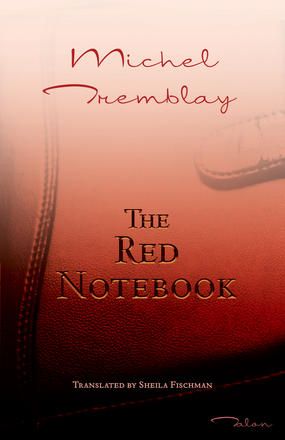 From the theatre of Euripides to the theatre of Montreal’s Main, Michel Tremblay casts some of his most famous and exotic personae, The Duchess, Fine Dumas, Jean-le-Décollé and Babalu, in a whole new light in his new Notebooks. Unlike his Plateau Mount Royal novels, wherein ... Read more

From the theatre of Euripides to the theatre of Montreal’s Main, Michel Tremblay casts some of his most famous and exotic personae, The Duchess, Fine Dumas, Jean-le-Décollé and Babalu, in a whole new light in his new Notebooks. Unlike his Plateau Mount Royal novels, wherein these flamboyant transvestites and their community of social misfits are seen from the perspective of a child destined to discover the defining characteristic of his own otherness as gay, the Notebooks are narrated in the voice of a young woman, and one whose difference is not primarily determined by her sexuality, but by her highly visible physical deformity—Céline Poulin is a midget.

The year is 1967—Expo—and everyone in Montreal is waiting for the great day when they can visit its exotic foreign pavilions. For the characters of The Red Notebook, the second in this trilogy, life in Montreal has shaken off its conservative glumness as a new age arrives. Change is everywhere in the air: politically the Quebec independence movement has been given a major boost by Charles de Gaulle’s famous “Vive le Québec libre!” declaration; and things will never be the same. Céline Poulin, former waitress at the bohemian hangout “Le Sélect,” is now about to start a new job: that of hostess in a bordello just opened by Montreal’s famous Madame, Fine Dumas. Its specialty? All the “girls” in “Le Boudoir” are transvestites. Some are old pals of Céline’s who’ll also be her room-mates after she finally escapes the stifling unhappiness of her family home and moves into their communal boarding house.

Having always maintained that he does not write politics, but fables, Tremblay celebrates how it is possible for Céline to embrace her difference and to flourish in solidarity with a community of others with transcendent eloquence and compassion.