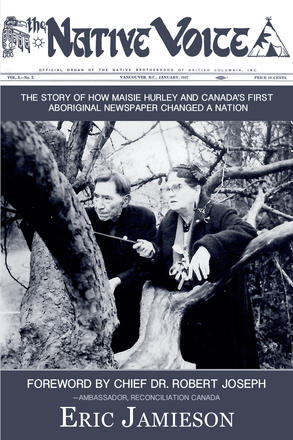 In 1945, Alfred Adams, a respected Haida elder and founding president of the Native Brotherhood of British Columbia (NBBC), was dying of cancer. After decades of fighting to increase the rights and recognition of First Nations people, he implored Maisie Hurley to help his people ... Read more

In 1945, Alfred Adams, a respected Haida elder and founding president of the Native Brotherhood of British Columbia (NBBC), was dying of cancer. After decades of fighting to increase the rights and recognition of First Nations people, he implored Maisie Hurley to help his people by telling others about their struggle. Hurley took his request to both heart and mind, and with $150 of her own money, started a small newspaper that would become a powerful catalyst for change: The Native Voice.

At that time, the Welsh-born Hurley had been an advocate for First Nations clients in court. She did not have a law degree, but was graced with the courage and confidence to challenge all who stood in her way. When defending a First Nations woman accused of stealing a hotel clerk's wallet, she seared the hapless plaintiff with such a withering cross examination that his off-colour rejoinder earned him a night in jail for contempt after he refused to pay the fine.

After Hurley launched The Native Voice, it became the official newspaper of the NBBC, one of the largest democratic First Nations organizations in the country, but she continued to serve on the editorial board as publisher and director for many years without remuneration. At a time when telecommunication was expensive and often inaccessible in Aboriginal communities, The Native Voice reported relevant news and stories of everyday life to First Nations throughout the province, including hard-won rights such as the right to vote provincially (1949) and federally (1960). As the official publication of the NBBC, the Voice chronicled both the realities of Aboriginal life and a vision for the future, enabling and inspiring overdue change in Canada.

Maisie Hurley's dedication to improving the lives of those she referred to as "my people" was honoured through several First Nations naming ceremonies by people of the Skeena, Squamish/North Vancouver and Comox areas. The story of the NBBC, The Native Voice and Maisie Hurley offer an inspiring testament to the power of cooperation and vision to create powerful change.

Eric Jamieson is the author of Tragedy at Second Narrows: The Story of the Ironworkers Memorial Bridge (Harbour Publishing, 2008), co-author of South Pole: 900 Miles on Foot (Horsdal and Schubart, 1996), and has contributed articles on outdoor living and history to a variety of newspapers and magazines. In 2009, he was awarded the Lieutenant-Governor’s Medal for History Writing.

“I applaud Eric Jamieson for bringing to light the valiant and relentless effort by one ‘white woman,’ Maisie Hurley, to seek justice for Aboriginal people. ” 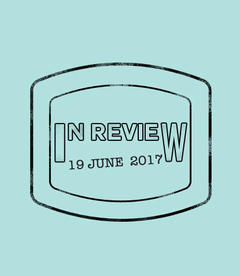 In Review: The Week of June 19

This week we extended National Aboriginal Day because one day just isn't enough, and added some new words to our Pride Month glossary. 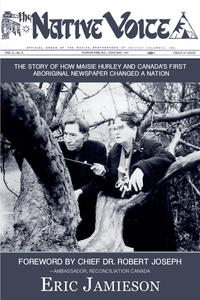 The Wales-born Maisie Hurley launched the Indigenous-focused newspaper The Native Voice in December 1946, implored by Haida Elder Alfred Adams. He saw how she had supported Indigenous people living in BC in the legal sphere, and thought she could lend that tenacity in a media ... Read more