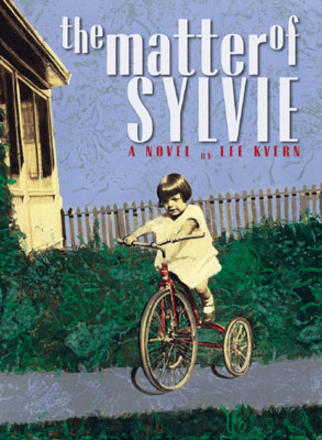 The Matter of Sylvie

The Matter of Sylvie

On a Wednesday in July 1961, Jacqueline Burrows begins her day perched on the cool concrete of her front steps, smoking. Jacqueline is the mother of three children, including her sweet, difficult daughter, Sylvie. It's only 7:00 AM, but Jacqueline's children are awake and tearing ... Read more

On a Wednesday in July 1961, Jacqueline Burrows begins her day perched on the cool concrete of her front steps, smoking. Jacqueline is the mother of three children, including her sweet, difficult daughter, Sylvie. It's only 7:00 AM, but Jacqueline's children are awake and tearing through the neighborhood.

In a story that deals with the extraordinary challenges of raising a child with severe special needs, The Matter of Sylvie traces the course of Jacqueline's Wednesday, a life-shifting day. The mother's impulses, combined with the stress of her other young children and the absence of her police officer husband, culminate in an event that echoes into the next two decades. A familial triptych: as the fate of one child resounds in the individual, pivotal Wednesdays of both Jacqueline's husband, Lloyd, in February of 1973, and her adult daughter, Lesa, in October of 1987.

Three Wednesdays, three decades, three narrators whose lives are intricately woven in this novel of dark and light. The Matter of Sylvie explores the depths of mother, father and daughter-and ultimately, the matter of Sylvie herself.

Lee Kvern is an award-winning author of short stories and fiction. Her novel, Afterall, was nominated for the 2006 Alberta Book Awards. Her short stories are well celebrated: "White" was the winner of the 2007 CBC Literary Awards, and "I May Have Known You" was nominated for the 2010 Alberta Literary Awards. "Detachment" was a finalist in the Malahat Open Season Award 2010. Her work has been produced for CBC Radio, published in Event, Descant, enRoute and on Joyland.ca, New York. Lee's second novel, The Matter of Sylvie, was released in 2010. She lives in Okotoks, Alberta, and has completed her third book, a short story collection. Visit Lee's website at: www.leekvern.com. Check out The Matter of Sylvie at: www.bookclubbuddy.com.

The Matter of Sylvie is an artfully crafted novel, written with almost lyrical prose, examining the effects on a family from an illness few understand. —Robin van Eck

Though disturbing and sometimes heart-wrenching, I was moved by the Burrows family and the intensity of their lives. —Cheryl Schenk, Bittleberry and Beyond blog

In short, enigmatic, alternating chapters, over three decisive Wednesdays in three successive decades, the story of the Burrows family is teased out with measured restraint from its blistering beginnings to its nuanced conclusion. —MostlyFiction. com

Lee Kvern reads from The Matter of Sylvie on AuthorsAloud. com.

The Matter of Sylvie was shortlisted for the 2011 Alberta Writers Guild Georges Bugnet Award for Fiction.

Other titles by Lee Kvern