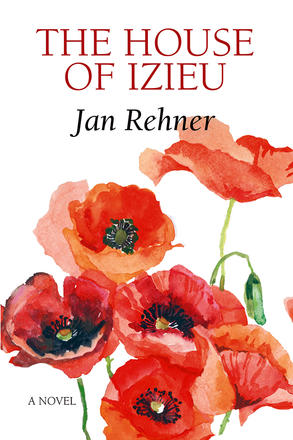 The House of Izieu is a novel inspired by the life and experiences of Sabine Zlatin who, as a Jew using a fake identity, managed to find families to care for Jewish children who were in French refugee camps. She created a safe home for a number of other children called "The House ... Read more

The House of Izieu is a novel inspired by the life and experiences of Sabine Zlatin who, as a Jew using a fake identity, managed to find families to care for Jewish children who were in French refugee camps. She created a safe home for a number of other children called "The House of Izieu" which is now a museum. Unfortunately, she was not able to save the 44 children in her care. After one wonderful year of freedom in that house they were discovered, and Klaus Barbie ordered their deportation to Auschwitz where they were killed. Sabine's husband was also caught with two teenage boys he was helping escape and was also eventually killed. Sabine, suffering from loss and the guilt of not having saved the children, manages to continue contributing to the underground efforts as well as efforts to reunite people after the war's end.

Jan Rehner lives in Toronto and recently retired as University Professor from the Writing Department at York University. Her novel, Just Murder, won the 2004 Arthur Ellis Award for Best First Crime Novel in Canada. Her second novel, On Pain of Death, a historical narrative set in World War II France, won a bronze medallion from the IPPY group of independent publishers (2008). Her third novel, Missing Matisse (2011), combines murder and a search for a lost Matisse painting with a fictionalized account of Matisse’s famed model, Lydia Delectorskaya. When she is not writing, Jan enjoys travelling and photography.

"Jan Rehner's novel The House of Izieu grabs you by the heart and doesn't let go. It's a wrenching portrait of a secret children's refuge in war-torn France, where, for a time, joy replaces horror, and love brutality. Jan Rehner's prose sings. The characters she spins are captivating, in particular the children. They are rendered so fully and intimately, their voices so pure, their personal histories so tragic, that readers will want to crawl right into the pages to comfort them. This story of selflessness and bravery is impossible to put down, and impossible to forget. "
--Phyllis Rudin, author of Evie, the Baby and the Wife and My True and Complete Adventures as a Wannabe Voyageur

"In this moving, earnest novel, Jan Rehner traces the inner and outer journeys of Sabine Zlatin, a courageous woman who risked her life during the Holocaust to try and save 44 children. Rehner, relying on historical accounts including Zlatin's own postwar testimony, brings to life in heartfelt detail this harrowing, tragic, and inspiring story. "
--Nora Gold, author of The Dead Man and Fields of Exile

"Jan Rehner's elegiac narrative of a chapter of the Holocaust in France fulfills a sacred obligation: to commemorate and honour the life-affirming presence of the orphaned children and their adult caregivers whose lives were brutally stolen, and whose hopes for a future were expunged during the Nazi terror. Through the plural voices and the interweaving narrative lines Rehner reimagines, we share sensory, trauma-laden memories of the pre-war past, the pleasure taken in attending to the natural world in an idyllic countryside setting, a sense of a play so inherent in childhood, post-war survival, and retribution. Alongside the small joys afforded the children, there lives in each character incalculable loss, suspended temporarily in the fragile shelter of the House of Izieu. Dramatic irony intensifies as we come to know, in fleeting measure, the children and adults compelled to play their part in the tragedy which took place some seventy-five years ago in rural Vichy France. I was deeply moved by this book. "
--Carol Lipszyc, author of The Saviour Shoes and Other Stores

Other titles by Jan Rehner