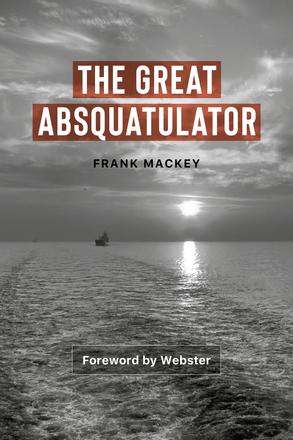 Alfred Thomas Wood was nothing and everything. A century before Ferdinand Demara, "The Great Impostor" of the 1961 Hollywood film of that name, Wood was the Great Absquatulator, a man who roved through the mid-19th century from Halifax, N. S., to New England, Liberia, Great ... Read more

Alfred Thomas Wood was nothing and everything. A century before Ferdinand Demara, "The Great Impostor" of the 1961 Hollywood film of that name, Wood was the Great Absquatulator, a man who roved through the mid-19th century from Halifax, N. S., to New England, Liberia, Great Britain, Ireland, Germany, Montreal, the U. S. Mid-West and the South.

He self-identified as an Oxford-educated preacher in Maine and Boston, then as a Cambridge-educated doctor of divinity in Liberia, despite the fact that neither of those universities admitted black students at that time. He was almost dispatched to Australia in 1853 but missed that boat by the skin of his teeth and instead spent 18 months in an English lockup. In Hamburg in 1854, he published a history of Liberia in German.

Later, in Montreal, he styled himself the Superintendent of Public Works of Sierra Leone. He served the African Methodist Episcopal Church in Ohio, Indiana and Illinois as an Oxford-educated DD, then toiled in post-Civil War Tennessee as a Cambridge-trained MD. People who knew him couldn?t wait to forget him.

In this meticulously-pieced-together biography of the Great Absquatulator A. T. Wood, Frank Mackey wittily casts new light on the momentous mid-19th-century events that shaped the world we live in today.

"Here's a great non-fiction title from Baraka Books that will surely stand as one of my favourite reads of 2021. True crime? Check. Historical true crime? Check. International true crime? Check. Well-researched? Check. This book checks all the proverbial boxes for its genre(s). Frank Mackey has compiled a truly fascinating story of the life of Alfred Thomas Wood, a truly great imposter, but an incredibly absurd one at times. " James Fisher, The Miramichi Reader

"The Great Absquatulator is a feat of historical sleuthing, dogged archive-digging and sure-handed storytelling. It adds to Frank Mackey?s already considerable list of credits as a groundbreaking chronicler of the Black presence in 19th-century Quebec and elsewhere" Ian McGillis, The Montreal Gazette

"Frank Mackey has a knack of digging up and dusting off stories that, were it not for him, would very likely have been swallowed up by time. Or to put it more metaphorically, he has forced time to cough up its children who have been buried for centuries. That?s what he did with Alexander Grant, and now it?s Alfred Thomas Wood?s turn. " Webster

"The latest fruit of Frank Mackey?s research into Black history is both startling and absorbing. A. T. Wood defied the stereotypes and conventions of his age: a great traveller and a master of deceit, he worked by turns as a carpenter, a preacher, an author, a teacher, a public speaker, a doctor and a political activist. Mackey fears that Wood is "trapped in the pages of this book" but for once he is wrong ? his words release a grand impostor into the public eye. " Mark Abley

"A foremost authority on African-Canadian history pertaining to all things Montréalais and/or Québécois, Frank Mackey drafts a portrait of Alfred Thomas Wood that claims the hitherto unknown "Great Absquatulator" was a practitioner of outrageous frauds, serial seductions (perhaps even fringing on incest), and also a master plagiarizer of other people?s titles, attainments, and prestige. Indeed, Mackey recovers?via obsessive research?a scoundrel, a scamp, a scalawag, who plied his deceptions on three continents and in at least five countries, and who may have been born George Andrew Smith in Nova Scotia. However, whatever or whoever "Wood" or "Smith" really was, he was an author, and the translation from German and reprinting of his History of the Republic of Liberia renders the mysterious deceiver a possible, early African-Canadian scribe who now may take his place in our bibliographies?even if always with an asterisk. " George Elliott Clarke, 7th Parliamentary Poet Laureate of Canada (2016-2017)