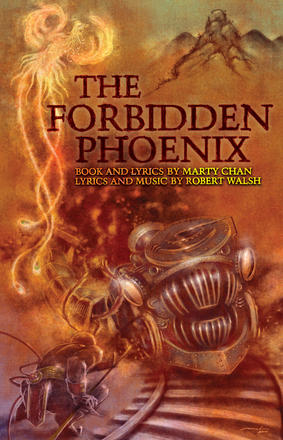 Sun Wukong’s goal is simple: to feed his son Laoson. Known to his people as the Monkey King, Sun Wukong leaves his home with a promise to return one day and feed the drought-ravaged city of Jung Guo. Sun Wukong's path, however, becomes a test of strength, agility, and character ... Read more

Sun Wukong’s goal is simple: to feed his son Laoson. Known to his people as the Monkey King, Sun Wukong leaves his home with a promise to return one day and feed the drought-ravaged city of Jung Guo. Sun Wukong's path, however, becomes a test of strength, agility, and character as he comes face to face with mysterious, enchanting, and heartless creatures. Inspired by the Chinese opera, The Forbidden Phoenix's lyricism brings us to a world where Chinese parables are woven with the painful history of the immigrant men who suffered greatly to build Canada's railroad in the 1800s. Playwright Marty Chan and composer Robert Walsh create a musical rife with stylized characters, lending itself to a performance brimming with acrobatics, slapstick, and martial arts.

Marty Chan is a nationally-known dramatist, screenwriter and author. He is the recent winner of the Edmonton Book Prize for his juvenile novel The Mystery of the Frozen Brains and former Gemini-nominated and gold medal winner for "The Orange Seed Myth and Other Lies Mothers Tell". His second book in the Marty Chan Mystery Series, The Mystery of the Graffiti Ghoul was shortlisted for two 2007 young readers' awards and the 2007 Arthur Ellis Crime Writers of Canada Award in the Best Juvenile category. Marty Chan lives in Edmonton, Alberta.

Robert Walsh is an award-winning singer-songwriter, producer, guitarist, musical director, and composer/arranger. As an artist, Robert has released four CDs: Walk Through the Fire, No Time Like This Time, Robert Soul by Robert Walsh and the Fabs, and Hybride by Franco-Albertan roots group Allez Ouest, of which he is a member. The Forbidden Phoenix is Robertâ??s third time as a co-creator of musical theatre. Other musicals include Catalogue de sociÃ©tÃ© (Alain Pomerleau, playwright) and The Velvet Devil (Andrea Menard, playwright). Robert teaches songwriting at Grant MacEwan University.

Derek Mah draws and paints in Calgary, Alberta, Canada, which is where he does most of what he does. There are very few things he does away from Calgary. They will not be mentioned here.

"Chan co-opts the ancient saga of the Monkey King, who travelled far and wide to feed his family, using it as a jumping off point for a touching, witty and exciting fable." —The Toronto Star

"The Forbidden Phoenix is a spectacular East-meets-West musical that is by no means just for kids." —Winnipeg Free Press 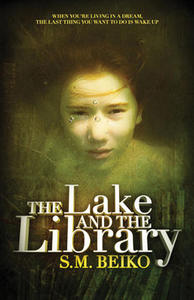 Back to School: YA Reads for Every Subject

Parents rejoice! Kids are headed back to school everywhere in Canada next week. To soften the blow for your young bookworm, here are six YA titles that span Arithmetic to Zoology (but curiously leave out Arithmetic and Zoology).

Other titles by Marty Chan