In Act 1, Claude, 55, visits his father Alex, 77, in an Alzheimer’s ward, intimately tending to his bodily functions and needs while hopelessly trying to reach his silent, vacant father with a series of monologues?to settle old scores and misunderstandings between them.

In Act 1, Claude, 55, visits his father Alex, 77, in an Alzheimer’s ward, intimately tending to his bodily functions and needs while hopelessly trying to reach his silent, vacant father with a series of monologues?to settle old scores and misunderstandings between them.

With a cruel and disconsolate irony, we come to see that his father’s lifelong attempt to mock and censure Claude’s work as consisting of nothing but mediocre, misrepresentative lies, has been the very driving force behind Claude’s compulsion to continue to reveal the ?truth” of human relationships as he so desperately wants his father to understand it.

Born in a working-class family in Québec, novelist and playwright Michel Tremblay was raised in Montreal’s Plateau neighbourhood. An ardent reader from a young age, Tremblay began to write, in hiding, as a teenager. Because of their charismatic originality, their vibrant character portrayals, and the profound vision they embody, Tremblay’s dramatic, literary, and autobiographical works have long enjoyed remarkable international popularity; his plays have been adapted and translated into dozens of languages and have achieved huge success throughout Europe, the Americas, and the Middle East.

The French Government, in 1984, honoured Tremblay’s complete body of work when it made him Chevalier de l’ordre des arts et des lettres de France; thereafter, in 1991, he was raised to Officer of the Order. In 2008, he was created Chevalier de la légion d’honneur de France. Tremblay was appointed, in 1991, Chevalier de l’ordre national du Québec and was promoted to Grand Officier in 2015. In 1999, he received the Governor General’s Performing Arts Award. In 2011, he was honoured with the Révolution tranquille medal, given by the Ministry of Culture of Québec, awarded to artists, creators, and artisans who began their careers between 1960 and 1970 and who still have an influence in their field of practice. In total, Tremblay has written twenty-seven plays and twenty-seven novels.

"The text is as severe, intense and implacable as the reality of each character. "
— CBC Radio Canada 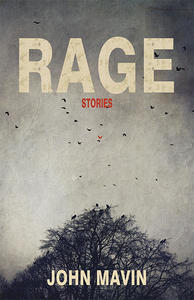 John Mavin's debut short story collection Rage (Thistledown Press) is about forms of rage, its power and presence, how it rears itself. These linked short stories see a priest facing a moral dilemma when he takes a Colombian refugee into sanctuary; a teenage homecoming in ... Read more 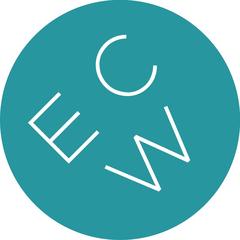