The Day She Died

The Day She Died

After a traumatic head injury, Eve questions every memory and motive in this mind-bending psychological thriller.

Eve Gold’s birthdays are killers, and her twenty-seventh proves to be no different. But for the up-and-coming Vancouver artist, facing death isn’t the real shock ... Read more

After a traumatic head injury, Eve questions every memory and motive in this mind-bending psychological thriller.

Eve Gold’s birthdays are killers, and her twenty-seventh proves to be no different. But for the up-and-coming Vancouver artist, facing death isn’t the real shock — it’s what comes after.

Recovering from a near-fatal accident, Eve is determined to return to the life she’s always wanted: a successful artistic career, marriage to the man who once broke her heart, and another chance at motherhood. But brain damage leaves her forgetful, confused, and tortured by repressed memories of a deeply troubled childhood, where her innocence was stolen one lie — and one suspicious death — at a time.

As the dark, twisted pages unfold, Eve must choose between clinging to the lies that helped her survive her childhood and unearthing the secrets she buried long ago.

S.M. Freedman is the author of The Faithful and Impact Winter. She studied at the American Academy of Dramatic Arts and worked as a private investigator on the not-so-mean streets of Vancouver, where she currently lives.

Eve Gold wasn’t surprised to die on her twenty-seventh birthday. The Angel of Death’s greasy fingers had been pressing against her spine for ten years — maybe longer — and in the underground of her mind where truth squirmed away from the light, she knew that it was just a matter of time before press turned to shove. No, death wasn’t much of a shock. The real surprise was everything that followed.

She left the gallery early, hoping to get home before the storm hit. Six of her paintings about life on Vancouver’s Downtown Eastside were set to debut the next day, as part of The Other Side exhibit. After years spent hiding behind her role as an event coordinator, her artistic debut was causing Eve heartburn and night sweats. Her birthday was a perfect excuse to leave work early.

The rain hit as she left the bakery, and it meant business. It pummelled her blind and deaf, and by the time she ducked under the Starbucks awning to wait for the southbound bus, she was soaked to the skin. Her feet squished inside her boots and her hair dripped into her eyes. Even worse, the cake box sagged from her fingers by a twist of string, waterlogged and threatening collapse. Button would be ticked.

Over the years, her grandmother had worked hard to perfect, and then weaponize, THE LOOK. Her lips would pull downward and her eyes would deepen into pits of sorrow. THE LOOK could penetrate Eve’s walls like nothing else, and there was nothing else needed to keep her in line.

Which was why she still lived at home, why she had no social life, and why she kept up the illusion that all was well. That she was well. On every one of her birthdays, she’d sit next to her grandmother, choking back coconut cake and watching The Golden Girls on their flat-screen TV, smiling and laughing and pretending she was glad she’d been born. She did it for Button, who cried less often but still roamed the house at night in search of some lost object she would never find. Wherever Donna had gone, she wasn’t stashed behind the linens in the sideboard.

Lightning cracked, and across the street the courthouse’s glass atrium mirrored the blinding flash. Her mother had died in that building, and Eve wondered if Donna still haunted those darkened courtrooms, unable to sleep until justice had been served.

Shaking off a fresh surge of apprehension, she turned away from the damp wind whipping around the corner. She pulled her scarf over her nose and mouth and breathed deeply of the woollen fabric, hoping to mask the acrid smell of coffee. The scarf still held the clean scent of her, which didn’t remind her of her mother in any way.

From the corner of her eye, she watched a man step through the sheets of rain pouring from the awning. He wore a long overcoat and fedora. His shoes were squaretoed and highly polished. He paused at the door to the coffee shop, turning to her with a friendly smile.

He looked familiar, and her first thought was that he was one of the art gallery’s trustees. She could never keep them straight. Hector had once made her a chart of all the old farts she shouldn’t offend. He’d typed their names under their pictures in a screaming red font, as though trying to burn the information into her brain. It hadn’t worked.

The man cocked his head to the side, as though waiting for her to recognize him.

Was he one of Donna’s old colleagues? But no, he knew her grandmother, as well. Seconds stacked up, and Eve was still drawing a blank.

His smile widened to reveal stained teeth and pale gums. “Just take my hand. I’ll stay with you. ”

She stepped back, pressing against the glass display window. It felt cold and slick against her back, even through the fabric of her coat.

He moved closer, reached for her hand. His ring finger was gone from knuckle to tip, which sparked a jolt of recognition she didn’t have time to process. His eyes were the colour of dark amber. She wondered if they’d spark in the sunlight, like hers did. Donna used to say she had eyes like fool’s gold.

“Take my hand,” he said with more urgency.

“No,” she wanted to say, but never got the chance.

Tires screeched, followed by a loud popping noise. Her body lifted from the ground and slammed through the display window, which exploded in a spray of glass sharp enough to pierce even her lie-toughened skin.

Eve flew over people and chairs and tables like a broken missile. The cake box soared from her grip. People scattered for cover. A Rorschach of blood droplets splattered the glass display case. She was above it all, seeing everything but comprehending nothing. She smelled bitter coffee and sweet coconut, tasted the salt of her own blood — all reminders of who she was and the things she’d done.

She slammed to the floor and the air whooshed from her lungs. Her eyes fixed on a brown stain on the ceiling, where a teardrop of water formed. It grew fat-fatter-fattest, wobbled with anticipation, and dropped. It splashed into her right eye and slid toward her temple.

Strangers surrounded her, spoke words she couldn’t understand. They had worried faces and sad faces, moon faces and balloon faces.

To her left, a woman screamed. It was like an electric shock that jolted Eve’s body to life. She tried to look, and the bones in her neck ground together with a protesting creak. Her head felt soft on that side. Mushy.

The front end of a silver Lexus wedged through the Starbucks window like a ship run aground. The hood was crumpled, dripping, one headlight smashed. And of course it was silver. Silver like moonlight on a pond, or secrets kept.

“Take my hand now. It’s time. Let me help you. ” The old man bent toward her. He’d lost his fedora and his hair was a gossamer cloud around his head.

She opened her mouth and felt a gush of something hot and wet spill over her lips. She remembered the trail of vomit on Donna’s cheek, and the dead man in the forest, and how quiet the river had seemed once the screaming stopped.

At the touch of his fingers, the top of her skull popped open. The inside of her head became a wind tunnel spiralling toward a blinding, horrifying white light.

Like the last pea in a can, she shook loose from the centre of her brain, spun in nauseating circles, and was sucked up into the whirlwind. She whipped to the opening, toward light that screamed — and somewhere beyond, she felt certain she would find her reckoning. No way was she ready for that.

She skidded along the curved bone of her skull, moving faster and faster. Desperate to burrow back into herself, she kicked backward and dug into the meat of her. She slowed to a stop and the light flickered and went out. A tidal wave of pain slammed her back and down, flooding her with inky silence. Like a spider swept toward the bathtub drain, all she could do was curl into a ball and hang on. When she tried to scream, her mouth filled with salt water. Or maybe it was blood.

Haunting and unsettling, this is not only a must-read for all thriller fans but for everybody who loves a good plot with many twists and turns.

A superb work of psychological suspense. The Day She Died is the kind of novel that keeps you racing to turn the pages, even as you want to stop and savour every expertly crafted turn of phrase. This is the best book I've read in I-don't-know-how-long: creepy and atmospheric, compelling and arresting, with an ending that will truly haunt you long after you've put the book down. Highly recommended.

[A] dreamy tale of sin and guilt.

The Day She Died is a tightly crafted psychological thriller that explores the themes of memory, perspective, identity, and whether we can ever escape the past. A blend of Elizabeth is Missing and the film Memento, Freedman lures the reader into a dark labyrinth of suspicion that ultimately causes you to question everything.

Tangible, taut, and maddeningly suspenseful, The Day She Died pulls you in and won't let go.

A gripping journey that will have you thinking about death, memory, and the fluidity of time.

A captivating read that pulls you in and drags you along at full-throttle on a white-knuckle ride that delivers you to an inescapable climax.

The book is evocatively written in a league that holds its own with literary fiction . .. The Day She Died will be a day you won't soon forget.

The Day She Died is a dazzling read. Eve’s journey is hopeful and heartbreaking, with many deadly twists and turns.

The opening takes off like a bullet train, hurtling through heartbreak, memory, family, and loss, to an ending which stays with you long after the stunning final chapter. Breathlessly paced and expertly wrought, The Day She Died proves S. M. Freedman is a master of psychological suspense.

The Day She Died is as unique as it is gripping. .. a twisting, time-tumbling narrative that drives the action toward a conclusion that is both unexpected and thoroughly satisfying. S. M. Freedman's prose is clean and crisp; her storytelling utterly compelling. 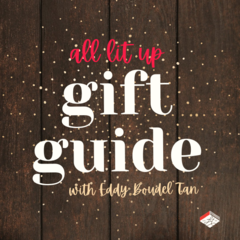 Other titles by S.M. Freedman