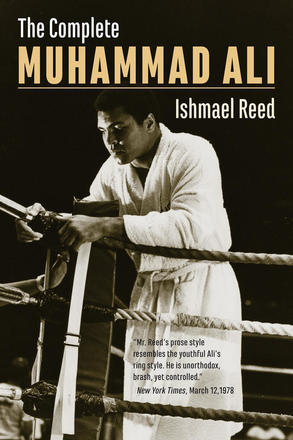 Including material and photographs not included in most of the 100 other books about the champion, Ishmael Reed’s The Complete Muhammad Ali is more than just a biography—it is a fascinating portrait of the 20th century and the beginning of the 21st. An honest, balanced portrayal ... Read more

Including material and photographs not included in most of the 100 other books about the champion, Ishmael Reed’s The Complete Muhammad Ali is more than just a biography—it is a fascinating portrait of the 20th century and the beginning of the 21st. An honest, balanced portrayal of Ali, the book includes voices that have been omitted from other books. It charts Ali’s evolution from Black Nationalism to a universalism, but does not discount the Nation of Islam and Black Nationalism’s important influence on his intellectual development. Filipino American author Emil Guillermo speaks about how “The Thrilla’ In Manila” brought the Philippines into the 20th century. Fans of Muhammad Ali, boxing fans, and those interested in modern African American history and the Nation of Islam will be fascinated by this biography by an accomplished American author.

Ishmael Reed is a poet, novelist, essayist, playwright and songwriter. He has won prizes and grants in each category. He is also an illustrator and Jazz pianist. His most recent awards include the Alberto Dubito Award for International Poetry, presented at the Ca'Foscari University in Venice in 2016 and The AUDELCO award for theater presented in 2017. In 2019, he began his 36th year as a professor at The University of California at Berkeley. He also teaches at the California College of the Arts where he is a distinguished professor. His most recent books published by Baraka Books are Why No Confederate Statues in Mexico (2019) and The Complete Muhammad Ali (2015).

“The pre-eminent African American novelist, essayist, and poet Ishmael Reed’s latest book, The Complete Muhammad Ali, stands as one of Reed’s most important projects to date . . . if you want to engage with the spirit of the man [Ali] in his time, and get punched by the prose of one of our greatest living writers, The Complete Muhammad Ali is the book for you. ” —Brian Flota, thehairsplitter. com

"This expansive masterpiece . . . There are so many new revelations about Elijah Muhammad, Muhammad Ali, the Nation of Islam, and Black Nationalism to praise The Complete Muhammad Ali about. Suffice it to say that Reed’s book is a masterful contribution to our understanding and appreciation of the legacy of Muhammad Ali, Elijah Muhammad, the Nation of Islam, Black Nationalism, and what it means to be a black athlete or sports person in America. " —Pierre-Damien Mvuyekure, Professor, Department of Languages and Literature, Northern Iowa University; counterpunch. org

“In The Complete Muhammad Ali, Ishmael Reed reveals fresh information and dozens of new ideas about a subject whose meaning has become increasingly difficult to tap. This book is definitely worth your time. ” —Michael Ezra, author, Muhammad Ali: The Making of an Icon

"Muhammad Ali was a one man Boxer Rebellion, the fighter who did the rare thing of changing minds and hearts by challenging racism and empire at the risk of fame and fortune. Like Haley’s Comet, such a person doesn’t come around often, people everywhere felt better knowing he was there. So who is he really? You got to read Ishmael Reed’s The Complete Muhammad Ali to get an idea. Ishmael is a veteran fighter/writer, with success in several divisions(poetry, novels, music) and more likely to get it right than the corporate journalists or established fight crowd. Reed is like the journeyman champ, Archie Moore: cagey, unorthodox, able to land a punch from unexpected directions. Insights from the Honorable Elijah Muhammad, Willie Pep, Miles Davis, and the man who 1st sold Ali Muhammad Speaks. This is the book that answers the questions about 'the Greatest. '” —Phil Taylor, taylor-report. com

"Appropriately titled The Complete Muhammad Ali, this book is more than just a biography of the man the world calls Muhammad Ali. It is also a history of the sport and business of boxing, Elijah Muhammad and the Nation of Islam, the 1960s civil rights movement in the United States, and a myriad of other associated topics . . . In writing this book, Ishmael Reed has created the most complete biography of one of history’s most famous personalities. In addition, he has provided the reader (and the world) with a revelatory look at the world Muhammad Ali resided in. Twelve sold rounds of writing . . . his biography stands above its competition. " —Ron Jacobs, counterpunch. org 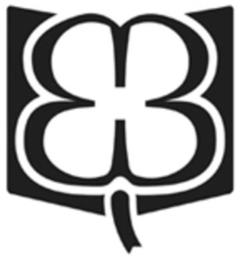 Montreal-based publisher  Baraka Books is committed to providing English-speaking readers in Canada and elsewhere with ideas, points of view, and creative works that might otherwise be overlooked because of cultural or linguistic barriers.

Other titles by Ishmael Reed