"Many of Stewart's poems honour the ordinary and domestic; others get dressed up and strut their stuff. The female body and mind, from adolescence to maturity, bask in their glory, seducing the reader from cover to cover."
--Lorna Crozier

"Many of Stewart's poems honour the ordinary and domestic; others get dressed up and strut their stuff. The female body and mind, from adolescence to maturity, bask in their glory, seducing the reader from cover to cover."
--Lorna Crozier

In this first poetry collection, Shannon Stewart spans a century of female experience, from an 1890s Victorian housekeeping "how to" to her own journey into womanhood. From corsets to chewing gum, hysteric convulsions to conception, Stewart explores body, soul and the daily task of living with wisdom and wit. Whether examining a bizarre sexual ritual of puberty or a Victorian woman's penchant for separating male and female authors on her bookshelf, Stewart's is a real-life poetics that is earthy and expressive, astute and funny.

Shannon Stewart was born in Ottawa in 1966 and raised in British Columbia. She holds an MFA in Creative Writing from the University of British Columbia, and her poems have been published in Breathing Fire: Canada's New Poets, The Dominion of Love and numerous literary magazines. Stewart lives in Vancouver, where she has served as poetry editor for PRISM International and taught Creative Writing and English as a Second Language.

I once thought up a poem, he says,
surprising the young woman, his wife too,
by the look she gives him.
Or maybe she's used to these moments of his,
when he is feeling particularly generous
having rescued the girl from her smoky campfire,
invited her to liqueurs and hot coffee,
as the forest grows dim, the tidal river
filling up behind them with the night sea.
He's proud of this camp, the split logs,
the kitchen counter fashioned
from remnants found in the forest,
and the station wagon ready for bed,
down bags and lanterns and Agatha Christies
they would get through by the end of their vacation.
And he's glad for the booze he's brought,
to hold off the chill after driving so far
to find a spot like this, where he wants to say
something beautiful into the night,
like I once thought up a poem.
And now that he's said it, feels a little reckless,
wondering if he can remember that poem at all,
so long ago, driving all night towards home,
the highway an empty runway under the moon.
But it does come to him, the two women watching
as he leans into the fire, reciting,
June. The twenty-second. Nineteen forty-three.
June. The twenty-second. Nineteen forty-three.

His birthdate. Which may have been the first words
that popped into his head, or maybe, the poem itself,
which he somehow remembers as being more grand,
but it's late, he's had a bottle of wine,
and he can see his wife's a little ashamed.
The woman watches him, bemused,
as if she'd like to say something, but doesn't.
How could she into his big, soft face,
so openly theatrical, still hanging on a precious thing.
And now he says, shaking himself a little,
That was some poem.
So you can't tell if he's admitted defeat,
or really believes it, the day of his birth
sung along the highway as a sort of miracle
he didn't know he could speak.
Maybe even then he'd shaken his head,
with the wonder of it, his large hands
coming off the steering wheel
and cupping some unknown factor before him,
in the emptiness of that highway, the light
of that moon, when the whole night was his.

I've heard one Victorian lady
arranged her bookshelves
with a grand propriety.
Careful to separate
the male and female authors.
Who knew what might happen
if blind old Milton
was left to stand too long
by the wit of Austen?
What illicit catastrophe,
mingling between the covers
in the black of night?
I love that woman, whoever
she was, chaste even with
the dry pages of her books,
believing they were capable
of anything when her back
was turned.

Like when we were kids,
even before we could read,
closing up our picture books,
our thumbs marking the page,
and then throwing them open again,
suddenly, expecting to find
something changed, the young princess
dancing and carrying on,
when she should have been beautiful
and sleeping, the prince ugly,
the monster
someone we recognized.

Anything could happen
inside that book
when you closed it.

Or when you opened it,
which is how we became friends.
Reading that line of Donne's:
"God shall create us all Doctors
in a minute."
Abandoning our study notes
on metaphysical poetry,
getting drunk on wine instead.
Deciding that was the best thing
we'd learned all year.

You told me about the summer
you worked in a second hand bookstore.
How you loved
the boxes of old novels.
How you took them out
one by one, holding
their wobbly spines,
shaking them gently,
waiting to see
what would fall to the ground.
Ancient flowers, small
crisps of leaves and once,
a seahorse, a gallant little man,
with a brittle chest
riding the wave of words.
You gave him to me,
saying he was the sort of thing
you'd thought I'd like,
still intact after all those years
of living inside a book.

And you also tell me about the calligraphy
of signatures inside a cover.
How men used initials
but women scrawled their whole names,
intimately, carefully.
The Bessies, Amelias, and Ediths.
Women not afraid to be left inside
when the cover closed,
and it got dark.

I'm learning
it's also where books open to.
Like my favourite book of poems.
Every time I take it in my hand,
it parts to a poem I love.
But finding the same book
on your shelf, it opens to
different pages, poems
I've never read before,
so that it opens into you,
showing me the places
you've been touched,
your hidden spots
I hadn't known until
the book showed me where. 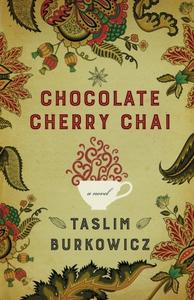 Taslim Burkowicz's debut novel Chocolate Cherry Chai (Roseway Publishing) follows a young Maya Mubeen as she leaves behind the pressures of her traditional Indian family to take on the world. A multi-generational story, the novel looks at the immigrant experience, motherhood, ... Read more 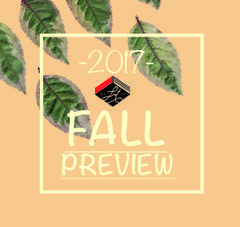 We put away our preemptive end-of-summer blues to look ahead to one of our favourite seasons: fall book bingeing. Check out what some of us at All Lit Up are putting at the top of our TBR piles this fall. 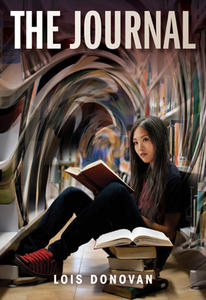 Under the Cover: Celebrating International Women's Day with Lois Donovan

This Sunday, March 8th, is International Women's Day. Celebrated since the early 1900s, this day is meant to highlight the achievements of women and inspire others. With this special day in mind we turned to author Lois Donovan. When writing her latest novel, The Journal ... Read more 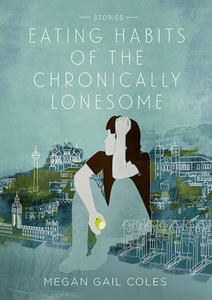 Eating Habits of the Chronically Lonesome is one book that you are not going to want to overlook. The characters in these ten intertwined stories are bold, saucy and command attention. They are troubled, complex and unabashedly human. In each story there is a raw truth ... Read more