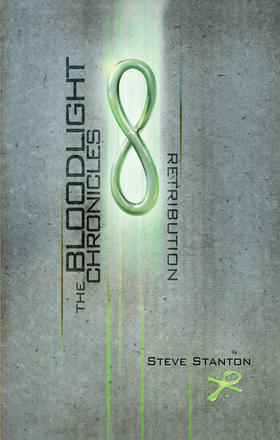 In a post-cyberpunk future, Mia and Zakariah Davis risk their lives to secure an activated sample of the life-prolonging ?eternal virus” for their son Rix. Afterwards, Mia is murdered in retribution and the family is overcome by grief. Zakariah goes on a quest to contact her ... Read more

In a post-cyberpunk future, Mia and Zakariah Davis risk their lives to secure an activated sample of the life-prolonging ?eternal virus” for their son Rix. Afterwards, Mia is murdered in retribution and the family is overcome by grief. Zakariah goes on a quest to contact her spirit in the afterlife while Rix wants revenge, no matter the cost. Niko, the teenage clone of Zakariah’s dead sister, has received the eternal virus and has been captured by vampires who drain her blood nightly for its rejuvenating effects. After Rix helps Niko escape, they team up in a quest to track down Mia’s murderer. An engaging and compelling story, this work of science fiction delves into questions of religion, God, family, and the source of life in our universe.

Steve Stanton is the author of the Canadian sci-fi trilogy The Bloodlight Chronicles: Reconciliation (2010), Retribution (2011), and Redemption (2012). Working from his riverside retreat in Central Ontario near the village of Washago, Steve has published science fiction stories in 16 countries in a dozen languages, including translations into Greek, Hebrew, Spanish, French, Hungarian, Italian, Finnish, Czech, and Romanian, and he served for three years as president of Canada’s national association of science fiction authors.

Her house had been locked all day. Of that, Niko could be certain. She had standard webcam surveillance, touch–sensitive alarms, failsafe measures. She lived in suburbia, a single girl safely ensconced in the anonymity of urban sprawl, her illegal nest impregnable to all but the most violent means of forced entry, her vigilance meticulous. There was absolutely no way anyone could have infiltrated the perimeter without her knowledge.

A shock of paranoia carved through her consciousness as she returned home late in the afternoon with a backpack full of groceries. A faint glow emanated from her front window. She had not left any lights on; she never did. Electricity was too precious. Her alarm network and communications were solar powered. When she was out during the day, her system fed power back to the grid for brownout points. The front door was secure. She zoomed in with optical magnification in search of fingerprints or smudges on the handle. She checked for minute scratches around the locking mechanism. No sign of tampering.

Niko unlocked the door with a palm sensor and stepped quietly inside. She froze and listened for a few moments, dialling up frequency augmentation to her upper limit, but could sense nothing but her quickened heartbeat and a housefly in a washroom down the hall to her left. She crept forward carefully, catlike, sniffing the air for anything untoward. She caught a whiff of ozone.

A glowing vial was sitting on her coffee table in the living room, a bright white beacon with a subtle greenish tinge. She dropped her backpack and sat down with a thump as recognition dawned. This was the Eternal virus! This was the magic elixir, right here in her suburban hideaway. Panic pushed up into her throat. No way. She stared, not daring to touch it, her mind reeling with possibilities. Could her cousin Rix have sent it from the Eternal Research Institute? Some lab experiment? No way. There was no human technology available to transport the virus into a locked room. And besides, this was no diluted lab specimen. This was an activated sample, bright and vital. This was the real deal right from the Source. She could think of no other explanation. Her stomach began to churn.

Niko took her groceries to the kitchen, steady on her feet. She minced a veggie shake and downed it slowly. She put some cheese and fresh fruit in the fridge, a loaf of bread in the cupboard, trying to organize her thoughts against a tide of confusion. Her life would never be the same. The alien virus, the most sought–after treasure in the civilized world, right here in her living room. Eternal life.

Okay, calm down. She was on her own now. Her mentor, Phillip, stepfather one petri dish removed, was in a private rejuve clinic, brain–dead and just learning to drool again. Rix had been swallowed up by the ERI, newly Eternal himself. Perhaps she could contact him, suss it out somehow. His father, Zak, had journeyed offplanet to find an activated sample for his only son, had sacrificed his own memories along the way and who knew what else?

Niko stalked back to her coffee table and picked up the bright trophy lying there. She eyed it carefully. The vial was shaped like an infinity symbol, two lobes with a narrow causeway in between. It felt warm, alive, smooth like glass, perhaps some alien plastic, and was designed to be broken at the weak point and upended on the tongue. In a recent lab experiment, the virus had been diluted a hundredfold and given to test Subjects without a single successful contagion, except for Rix. Nor could it be transferred from person to person in any way. The transmission of the virus was the greatest biological mystery in the universe. Each activated sample was target specific to a single human host—in this case, to her alone. She had been chosen to live forever.

She tossed the vial to the table as though it were a burning ember.

No one could force her to accept the alien science, not while she lived and breathed. She had free will as always, she could still walk away and probably should. Viral contagion carried with it important obligations, both to other Eternals and the planetary environment in general—all that salvation of the world crap. She didn’t need the extra responsibility for sure. Her life was complicated enough already. She could probably sell the virus to a rich but naïve buyer, or perhaps a research group with a new tack. She could retire on the proceeds and gulp veggie shakes on the beach in a tax–free haven for the rest of her days.

If she didn’t get killed for it first.

The gentle glow held her attention like a magnet. This was the chance of a lifetime, her one invitation to immortality. How could she throw it away?

She touched it with hesitant fingers. She held the vial to her eyes under full magnification and tipped it back and forth, looking for bubbles of air, for movement. It seemed completely uniform and unchanging. She could almost see through it, but the steady glow obscured her close inspection. A liquid or gel, she could not tell. Perhaps it was gaseous. She put it back down.

Why her? Why had the aliens chosen her for contagion? She was a clone, a criminal by birthright. She was a smuggler by trade, and although she liked to think she had a good working relationship with the law of the land, she was always working from the wrong side of the fence of legitimacy. She was not a good candidate for infinite largesse. Was she being set up? Some conspiracy? She began to pace, prowling her home like a panther, thinking.

?Themes of transcendence and family love play out against backdrops of real and virtual worlds in Stanton’s slight neo-cyberpunk debut, the first speculative fiction Title from Canadian indie ECW...Fans of James Gunn’s The Immortals (1962) will find many familiar elements..." ? Publisher’s Weekly on The Bloodlight Chronicles: Reconciliation

?This book is the first of a planned trio; I can't wait until the other two come out. If you are at all a fan of hi-tech sci fi or cyberpunk you will definitely enjoy this book." ? 410Media.com on The Bloodlight Chronicles: Reconciliation

?This tale should appeal to science fiction readers, especially those who enjoy the virtual worlds and considering where computers and the internet may eventually lead us. Well-written, this volume resolves enough of its plot issues to satisfy, while leaving the door wide open to continue the adventure. Recommended." ?Ronald Hore, reviewer, Canadian Review of Materials on The Bloodlight Chronicles: Reconciliation

?On the road much travelled of neo-cyberpunk, The Bloodlight Chronicles manages to tell a suspenseful and lean story not about glazing-eyes tech gone crazy but about gifted, yet human-sized characters we care about, with some welcome twists on beloved already classics ? avatars roaming cyberspace, which is described quite fetchingly here, for instance, or immortality through downloading into the Machine, which is not all that it's cracked up to be, thankfully. There is also an intriguing extra-terrestrial, or should I say extra-universal element which bodes well for the following books of what will be a Series. I for one will be waiting for them." ?Élisabeth Vonarburg, award-winning sci-fi author on The Bloodlight Chronicles: Reconciliation

"Stanton wastes no words in his approach to Language, creating a deceptively simple style that is both appealing and lucid." ? Library Journal (October 15, 2011)

Other titles by Steve Stanton