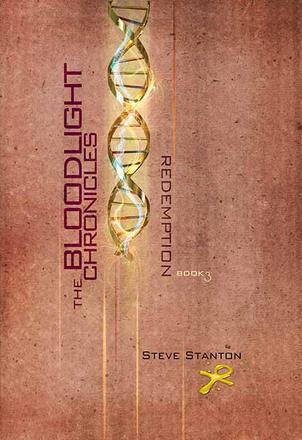 Presenting the thrilling culmination of the epic sci-fi Series, this novel revisits a world where global economic activity is carried out in a virtual-gaming realm. A new blood-transmitted virus has become a black market staple due to its rejuvenating effects, forcing infected ... Read more

Presenting the thrilling culmination of the epic sci-fi Series, this novel revisits a world where global economic activity is carried out in a virtual-gaming realm. A new blood-transmitted virus has become a black market staple due to its rejuvenating effects, forcing infected “Eternals” into a tightly knit underground where they must hack the “V-net” for food and shelter. When the leader of the Eternals, Helena Sharp, begins to lose her immortality, she flees to an old lover for strength and solace as the entire Eternal community is thrown into chaos. Meanwhile, the young clone Niko discovers the truth about her gifted daughter, who carries the future heritage of humanity in her augmented DNA. This knowledge forces Niko to confront her progenitor, Phillip Davis, with a litany of experimental abuse—only to discover that Phillip has fully integrated his persona with the AI Beast who controls V-space. With the aid of the charismatic avatar Philomena, he embarks on a program of manipulation and control that will redefine the boundaries of death and consciousness. Advancing the post-cyberpunk genre into new territory, this compelling Series delves into intriguing questions of religion, God, family, and the universe’s central source of life.

Steve Stanton is the author of the Canadian sci-fi trilogy The Bloodlight Chronicles: Reconciliation (2010), Retribution (2011), and Redemption (2012). Working from his riverside retreat in Central Ontario near the village of Washago, Steve has published science fiction stories in 16 countries in a dozen languages, including translations into Greek, Hebrew, Spanish, French, Hungarian, Italian, Finnish, Czech, and Romanian, and he served for three years as president of Canada’s national association of science fiction authors.

"Cyberpunk . . . is a multifaceted genre which often focuses on the social issues surrounding mechanical, physical, biological or cognitive advancements of the near future. The Bloodlight Chronicles skillfully tackles all of these Subjects and much, much more." —www.AmazingStoriesMag.com

"Themes of transcendence and family love play out against backdrops of real and virtual worlds in Stanton's slight neo-cyberpunk debut, the first speculative fiction Title from Canadian indie ECW . . . Fans of James Gunn's The Immortals (1962) will find many familiar elements."  —Publishers Weekly

"Redemption tackles the big questions, life, death, religion, the future, destiny, in an adult, believable way that does not cheapen the questions. These are questions for our time, and in this setting that is to be both wished and feared." —www.SciFiPulse.net

"Set in a future where economic transactions are tied into virtual gaming, this elegantly written SF Series features believable characters and powerful situations. Stanton wastes no words in his approach to Language, creating a deceptively simple style that is both appealing and lucid."  —Library Journal

Other titles by Steve Stanton