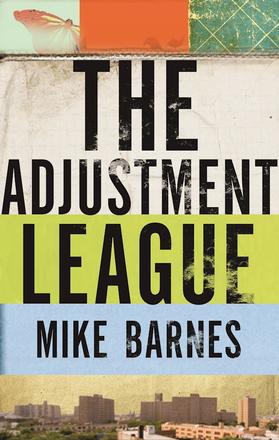 Prompted by a mysterious summons from his past, a man known only as ?The Super? begins an investigation into maternal neglect by a privileged Toronto family. As the case deepens, revealing a web of systemic crime and depravity, The Super undertakes a series of adjustments: his ... Read more

Prompted by a mysterious summons from his past, a man known only as ?The Super? begins an investigation into maternal neglect by a privileged Toronto family. As the case deepens, revealing a web of systemic crime and depravity, The Super undertakes a series of adjustments: his word for the personal interventions that he conducts on behalf of the powerless. These increasingly chaotic retributions soon pull him into a spiral of brutal violence.

Working within six-to-eight week windows of "hyper-time"—periods of near-sleepless activity and hyper-awareness that precede his own mental collapse—The Super draws closer to the heart of the case he was called upon to resolve. But at what cost to his own sanity?

Reminiscent of Stieg Larsson and Dennis Lehane, The Adjustment League is a gripping, unforgettable novel about the effects that cruelty, wealth, and power have on the weakest members of society.

Mike Barnes has published eight previous books across a range of genres: poetry, short fiction, novels, and memoir. His collection of poems, Calm Jazz Sea, was shortlisted for the Gerald Lampert Memorial Award; and Aquarium, his first collection of stories, won the Danuta Gleed Award. His newest book is The Adjustment League (2016), the first in a series of three noir novels. He works as a private English tutor and lives in Toronto.

Praise for The Adjustment League

“Mike Barnes's The Adjustment League weaves together elements of a psychological drama and a noir thriller as it follows a nameless man who feels compelled to right the wrongs inflicted on the helpless ... The dialogue flows naturally within a narrative that tightens, flares, and grows intense with perceptive descriptions, references, and allusions ... [B]oth a literary tour de force and a deft psychological thriller.”—Foreword Reviews

“... fiercely alive, marked by a sharp, unerring eye for detail and a wonderful way with metaphors.”—Toronto Star

“His lucid prose brings to mind Poe's Gothic horror, Hunter S. Thompson's strangeness (without the drug-craze), and William Burroughs' ellipsis (without the disintegration). But it is perhaps closest to Roald Dahl's intimate exploration of human oddity and use of surprise in Switch Bitch.”—Globe and Mail

“Barnes writes like a contrary angel, dazzling with his deft craft and smacking readers in the gut with concentrated and perceptive subjects.”—Malahat Review

Other titles by Mike Barnes