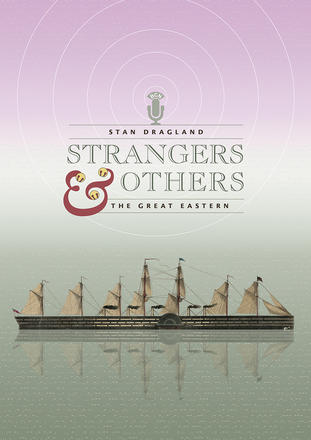 Goon Show meets Jonathan Swift: that's The Great Eastern. Guy Davenport meets the CBC: that's Dragland. // Much has changed in the profile of Newfoundland culture in the time since The Great Eastern went off the air on CBC Radio. There has been a new and wider wave of Newfoundland cultural renaissance, making it more and more difficult for Canadians to sustain "Newfie" stereotypes. But in 1996 it was still possible for the likes of Stan Dragland to know little more than the stereotypical about Newfoundland. The stereotype exerts a strong invisible influence until something shatters it. For Dragland, that was The Great Eastern show. Written partly in the spirit of the show, Dragland's essay is not only thoughtful but funny. It's meant to be an entertaining book, fun to read if not light and frothy, unorthodox in form and content. In that it's like several of Dragland's other books and, come to think of it, if one can locate readers interested in unconventional non-fiction that finds its own form: jackpot!

Don McKay is a poet, teacher and editor. He has published about a dozen books in a career that spans four decades. He has twice won the Governor General’s Literary Awards for poetry, and his book Strike/Slip won the 2007 Griffin Poetry Prize. His previous essay collections include the GG-shortlisted Vis à Vis: Field Notes on Poetry & Wilderness and Deactivated West 100. McKay lives in St. John’s, Newfoundland.