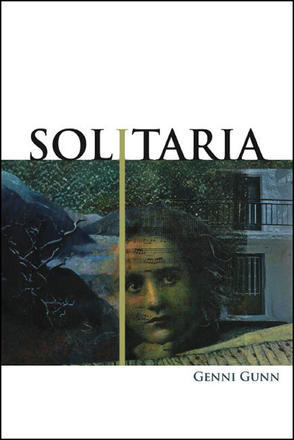 When Vito Santoro's body is inadvertently unearthed by a demolition crew in Fregene, Italy, his siblings are thrown into turmoil, having been told by their sister Piera that Vito had fled to Argentina fifty years earlier after abandoning his wife and son. Piera, the self-proclaimed ... Read more

When Vito Santoro's body is inadvertently unearthed by a demolition crew in Fregene, Italy, his siblings are thrown into turmoil, having been told by their sister Piera that Vito had fled to Argentina fifty years earlier after abandoning his wife and son. Piera, the self-proclaimed matriarch, locks herself in her room, refusing to speak to anyone but her Canadian nephew, David. Now scattered over three continents, the family members regroup in Italy to try to discover the truth. They all arrive rife with their own resentments and conflicting desires: Aldo, the successful barrister everyone leans on; Teresa, the angry, abandoned wife; Renato, who lost Teresa to his brother Vito; Mimi, the bitter, ironic baby of the family; Clarissa, the famous opera diva whose peripatetic life had her frequently leaving her son David in the care of Piera; and David, who reluctantly accompanies his mother to Italy to bury his long-lost uncle. Set against the countryside of Italy's Adriatic coast, Solitaria is a tale of longing and family honour, told from two points of view: Piera's and David's. With the unravelling of their stories, we glimpse a woman's growing awareness of her own capacity for self-delusion, and of the consequences of her actions on others, and a young man's awakening to the depth of his roots.

Genni Gunn is a writer, musician and translator. Born in Trieste, Italy, she came to Canada when she was eleven. She has published nine books: three novels – Solitaria, Tracing Iris and Thrice Upon a Time, two short story collections – Hungers and On The Road, two poetry collections – Faceless and Mating in Captivity, and translated from the Italian two collections of poems. Two of her books have also been translated into Italian.Her work has been shortlisted for the Commonwealth Writers’ Prize, the John Glassco Translation Award and the Gerald Lampert Award, and her novel Tracing Iris is being made into a feature film. Her opera Alternate Visions premiered in Montreal in 2007 and was projected in a simulcast at The Western Front in Vancouver. Before she turned to writing full-time, Genni toured Canada extensively with a variety of bands (bass guitar, piano and vocals). Since then, she has performed at hundreds of readings and writers’ festivals. She lives in Vancouver, where she teaches half-time at Kwantlen Polytechnic University.

Three days later, David and his mother Clarissa land at Fiumicino Airport just before noon, exhausted by the nine-hour flight from Vancouver to Heathrow, the three-hour wait, and the two-hour flight to Rome. They stand by the luggage carousel, dully watching bags slide down the ramp, bags that appear uniformly black, bags that belong to everyone but them. Soon, Clarissa gathers a crowd of admirers, begging for autographs. She is a diva, a soprano who has sung in every opera house in the world, with every tenor of renown. She is revered here in Italy. "Piacere," she says, signing tickets and itineraries, until their bags are loaded into a taxi, and soon they are on a train, heading to Belisolano, to her mother's hometown.

"Do you miss it all?" David asks her when they're settled in their seats. Clarissa retired five years ago, and now gives private voice lessons to protégés, and does the odd TV appearance and recital. "The fans, the glory?" David spent his childhood with nannies backstage, in hotel rooms, while they travelled the globe. Then came boarding school, and later university. By then, Clarissa was so well-buffered by handlers, the only fans and glory he saw were on TV. Clarissa smiles. Ageless, her beauty natural -- the smooth olive skin, the large sparkling eyes, her full lips. She has her hair streaked to hide the grey, and is not an ounce above her normal weight. Of course, she also has a personal trainer, and a room full of cosmetics. "Sometimes," she says. "Other times, I wish I could be anonymous."

The train pulls out of Roma Termini, crosses the city through backstreet railyards surrounded by graffitied walls and buildings: THAT'S AMORE! WELCOME TO ROMAYORK! A universal language of exaggerated puffy lettering, three-dimensional words crying out anti-everything slogans, gang signatures leaving their mark. Here and there, even advertisements are graffitied onto stone walls, an infiltration, like buying nose-rings at The Bay. "It's changed," Clarissa says, "yet still the same. I love this city. This country. Home." She sighs. "This is your motherland." David stares out at the Roman walls, the archways; ruins sweep past quicker than he can fathom. Six rows of pines, low buildings in yellows and reds, the roofs warm terracotta. Then suddenly, five minutes out of Rome, the city gives way to open fields, vineyards, olive groves, an expanse of green.

He has no sense of Italy as a motherland or fatherland, although he spent many summers here as a child. "Your motherland, you mean," he says. Clarissa waves her hand in circular motions, dismissing his statement. "Inside," she says, tapping her chest, "don't you feel the pull of your roots?" He smiles. Now that she's here, Italy is home, though she hasn't touched ground in this place herself for years. In Canada, her version of Italy is one of colours and shapes, one that lacks the stories of human interaction, the past being something she does not discuss. Clarissa lives in the present and the future. She ignores the past, not through any conscious denial, but simply through neglect. How is it possible that she had no feelings for all she left behind? How could she not speak about her own mother and father, her own brothers and sisters and friends in Italy? David used to wonder. How could she not think of his father -- of the nebulous affair that produced David, and that she has always refused to discuss?

A riveting tale of sacrifice and obligation, of vision and revision, of vengeance, betrayal, and ultimately, redemption. Through the brilliantly quixotic voice of Piera, Gunn enlivens the Italy of the 1940s and deftly draws us into the complex, compelling story of la Solitaria. With a filmmaker's eye for sharp shifts in point of view and a master storyteller's ear for spoken and unspoken truths, Gunn keeps us wondering to the very end, Who in this family can we believe?

Other titles by Genni Gunn