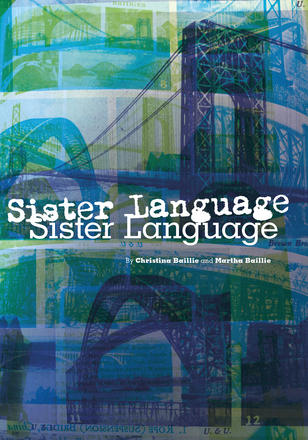 Sister Language is a collaboration, composed mainly of letters and other writings, between two sisters, one of whom, Christina, is schizophrenic. In the careful building of a bridge between sisters, a prose nonpareil is achieved, and a linguistic "bridge" created between readers ... Read more

Sister Language is a collaboration, composed mainly of letters and other writings, between two sisters, one of whom, Christina, is schizophrenic. In the careful building of a bridge between sisters, a prose nonpareil is achieved, and a linguistic "bridge" created between readers and the authors, one of whom's deep isolation is in this way diminished.

"A playful duet, a radiant howl, a swirling portrait of schizophrenia and sisterhood--this beautiful, wildly-groomed book magnifies two brilliant minds in motion. It is a story of what happens when 'everyday' language mutinies and shatters, leaving a fragile chimera of coherence. But mostly it's a tale of unshakable, vulnerable, writerly love that brought me to tears." - Kyo Maclear, author of Birds Art Life

Christina Baillie is a schizophrenic writer and artist, living in Toronto.

Martha Baillie's most recent novel, The Search for Heinrich SchlÃ¶gel (Tin House), received wide acclaim and was an O Magazine editors' pick. She lives in Toronto.

Stan Dragland is originally from Alberta and now lives in St. John’s, Newfoundland. He was educated at The University of Alberta and Queen’s University and is Professor Emeritus, Department of English, The University of Western Ontario. He was founder of Brick Magazine and Brick Books, and is still active with the latter. Among his books are Wilson MacDonald’s Western Tour (critical collage), Peckertracks (novel), Journeys Through Bookland and Other Passages (fiction and non-fiction), The Bees of the Invisible: Essays in English Canadian Writing, Floating Voice: Duncan Campbell Scott and the Literature of Treaty 9 (criticism), Apocrypha: Further Journeys (non-fiction), Stormy Weather: Foursomes (prose poems) and The Drowned Lands (novel).

I turn the key and push. The door begins to swing but bangs against its chain -- a barrier she's fashioned from a leash. This means she's home. Mouth to slit: "Sister, hello, sister." From some room she comes. The chain unfastened, I step inside -- admitted. Begin by admitting. A good beginning, but how much either party will admit (or admit to) is never a known factor. I've brought a desire. We begin, she and I; we've begun before, and often. It so happens, this day, our desires agree: to discuss language -- the many ways it rescues and fails her. 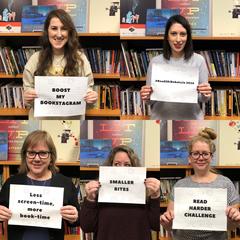 Other titles by Martha Baillie