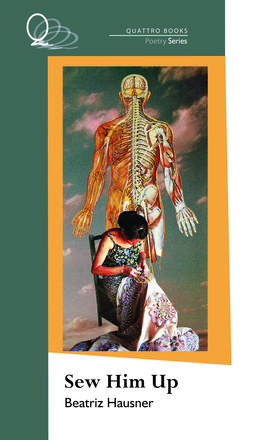 "To be simultaneously fleshy and ghostly, what a feat! These words link to each other through blood sometimes, sometimes through air, just like a body, but what sort of body? You can find out only by reading the whole imperative, Sew Him Up, which manifests its invisble exclamation point with energy and finesse."

Other titles by Beatriz Hausner