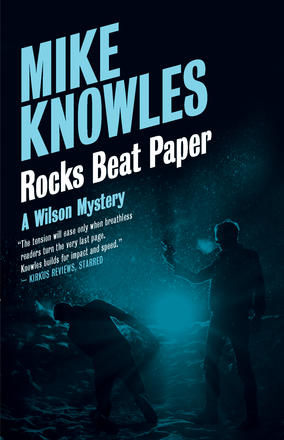 A phone call brought Wilson and nine other men to a job in New York. At first, he couldn’t ... Read more

A phone call brought Wilson and nine other men to a job in New York. At first, he couldn’t see a way to make the heist work, but the score — millions of dollars in diamonds — motivated him to try. Wilson came up with a plan he knew would work . . . until the inside man got killed and took the job with him.

With no way inside, the crew walks away without the diamonds. Now, on his own, Wilson is free to execute the job his way. He sets a con in motion that should run as predictably as a trail of dominoes — except the con doesn’t rely on inanimate tiles, it relies on people. And when Wilson pushes all the pieces across the board, he finds that there are other players making their own moves against him. No one is willing to walk away because the job is about more than money. The job is about diamonds. And in this game, rocks beat paper every time.

“The tension will ease only when breathless readers turn the very last page. Knowles builds for impact and speed. ” — Kirkus Reviews starred

“His writing is crisp, plotting is tight, and all his novels have left me eagerly waiting his next release. Do yourself a favour and grab this book and take it for a spin. ” — Out of the Gutter Online

“Combining the intense grit of Richard Stark’s Parker series with the amorality of Jim Thompson’s work, Knowles once again delivers a heady brew of tough-guy dialogue, byzantine plots, vibrant characters, and a protagonist who believes only in ‘an I for an I. ’” — Publishers Weekly, starred

“Add in a few car chases and breathless escapes and readers will flip over this flipped over plot. ” — Owen Sound Sun-Times