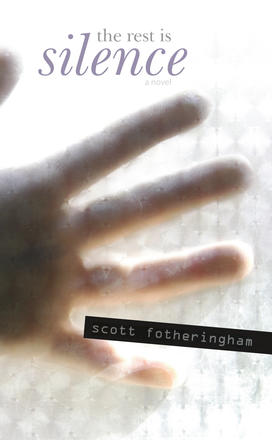 "A fascinating and complex plot. . . . Fotheringham holds the tension to the show-stopping end." — Chronicle Herald

In the backwoods of Nova Scotia, a man has decided to withdraw from the ... Read more

"A fascinating and complex plot. . . . Fotheringham holds the tension to the show-stopping end." — Chronicle Herald

In the backwoods of Nova Scotia, a man has decided to withdraw from the world to simplify his life. He builds a cabin and plants a garden. He befriends the few people he can reach within biking distance — an old man living on the shore and a woman who may be as damaged as he is. In fits and starts, he recounts a story to his new friends, a tale of youthful passions, of idealism and rebellion, of love and of science.

There is a reason for the man's self-enforced exile, one that has implications beyond the confines of the forest. As news reports trickle in of a brewing environmental catastrophe on a global scale — a genetically modified strain of plastic-eating bacteria creating chaos as it devours both waste and material vital for day-to-day life — the unsettling nature of his confession becomes clear. The world will never be the same again.

Bold in themes, sensual in language, and astonishing in its implications, The Rest is Silence is a stunning achievement. Intimate in setting yet grand in scope, Scott Fotheringham has penned a frighteningly realistic portrait of the consequences we may all yet face for believing we had the right to crack open Pandora's box.

Scott Fotheringham used his experience as a research scientist in New York to write this novel. He holds a PhD from Cornell University in molecular genetics and a BSc from the University of Guelph. He left Manhattan and a life in science to live in the country. He now lives and writes near Ottawa, after a sojourn near Halifax. He works at Philpott Communications, working with companies in visual effects, digital camera, broadcast, and manufacturing. The Rest is Silence is his first novel.

"After reading this book, one begins to question the authority of science and our social belief that science can fix everything and make the world better. This is an apocalyptic novel in the same way that human action is apocalyptic — we are destroying ourselves and our world because it is convenient and Scott Fotheringham does a fantastic job of reminding us that this desire for convenience is the main motivator for our environmental destruction."

"The Rest is Silence is a beautiful and Canadian tragedy that lingers in the mind long after the final page. I will remember this novel: where I was when I read it and how it made me feel so immediate; and I will read it again. ... The language is textured, almost poetry or music, like velvety moss on a rock. One could read it aloud and never stumble over a misplaced word. Sink into this book: it is a midnight skinny dip, a bonfire, a shooting star."

"A beautiful atmospheric novel of the sort that genre fiction needs to see more of. ... a natural continuation of Margaret Atwood's extrapolation of Canadian Gothic into speculative fiction. ... This is good stuff."

"If such a thing could be said to specifically exist, this is dystopian CanLit at its finest, intimate yet epic; it's a tough combination to pull off, but Fotheringham does it incredibly well. ... The ending of the novel, when the reader finally puts the pieces together and fully understands what's going on, is utterly shocking. This is CanLit in every respect, but it is also speculative literature, genre fiction that deals incredibly well with matters of the heart. At its core, it's about relationships, those of fathers, sons, daughters and friends, but mostly our relationship to the world around us. A finer melding of CanLit and genre fiction would be hard to find. Subtle, heartbreaking, chilling, fascinating and confidently written, Fotheringham's debut novel is a success on every level."

"The novel's precise, straightforward descriptive prose is very well suited to the narrator's experiences, conveying quiet contentment, beauty, and endurance. ... The Rest is Silence emphasizes overlap and connection between its themes, which makes its content more interesting and thought provoking. ... The Rest is Silence is a surprisingly moving read. ... beautiful, sad, refreshing and well worth reading."

"The Rest is Silence is a thoughtful and considerate story, engaging and intriguing at every level. Scott Fotheringham's first novel is a gem — equal parts poetic meditation and page-turner. ... the novel has nice momentum and doesn't dwell. Fotheringham has the rare skill of great timing: he gives each episode in the novel just enough time before moving on, introducing a new angle. So, despite its luxurious style, the novel doesn't dwell or sulk — every page offers something new to add to the human study. ... The novel certainly has something to say about human abuse of the natural world, but the thesis is tucked into a compelling and endless exploration of relationships and affection, ambition and loss. Fotheringham doesn't preach, and he doesn't deflect: he simply allows the novel to be honest about not having any answer other than a kind of fraught plea that we try to love what we have and remember what we've lost."

"A beautifully atmospheric novel of the sort that genre fiction needs to see more of ... What this is, really, is a natural continuation of Margaret Atwood's extrapolation of Canadian Gothic into speculative fiction ... This is good stuff."

"The Rest is Silence is an interesting read, and it invites further study."

"The prose in this novel is incredibly rich. Fotheringham's descriptions of the Nova Scotia countryside are sheer poetry. ... Fotheringham has crafted an excellent novel that deserves much more attention."

"A fascinating and complex plot which Fotheringham achieves with skill, keeping his readers engaged in both story lines while quietly building tension of impending disaster. ... Fotheringham holds the tension to the show-stopping end. If this was a movie, there would be a collective gasp as realization dawns. A quiet collective gasp. This is Nova Scotia after all. ... Fotheringham's debut novel has it all. Science that fascinates, a love story extraordinaire, heartbreak, family dysfunction, and that strongest of threads — the community of love that connects us all." 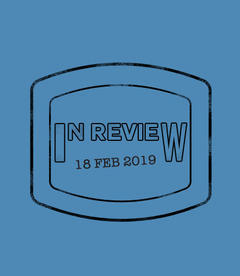 This week we armchair travelled to backwoods Nova Scotia, rounded up books for all kinds of podcast lovers, shouted-out to the Manitoba publishing scene, and much more. 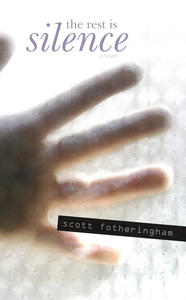 If a cabin in the woods to retreat from the city grind is your dream, you'll find your place in Scott Fotheringham's atmospheric novel The Rest is Silence (Goose Lane Editions). Equal parts environmental meditation and page-turner, the novel follows one man's self-enforced ... Read more