In the 1870s, a teenage criminal from New York makes history when he becomes the first person arrested by Canada's newly created national police force - the original RCMP.
Following this encounter, he unwillingly accompanies the North West Mounted Police on their 1874 expedition ... Read more

In the 1870s, a teenage criminal from New York makes history when he becomes the first person arrested by Canada's newly created national police force - the original RCMP.
Following this encounter, he unwillingly accompanies the North West Mounted Police on their 1874 expedition into Canada's untamed and lawless west.
At first the street-smart youth privately mocks his Mountie companions, but after sharing their hardships he comes to identify with them.
The March West, as it became known, was quite well documented.
The Mounties first commissioner, George A. French, gathered 275 policemen (the youngest of whom was a 16 year old), 339 horses, 142 oxen, 114 Red River carts, 73 wagons, and two cannons each weighing a ton.
From Fort Dufferin, near Winnipeg, they headed 800 miles west toward the Rocky Mountains, to restore order in the northwest.
They endured terrible hardships: lack of water and firewood, and insect plagues.
Most of the horses died, and the equipment soon proved to be inadequate.
Their fate changes when the force meets up with Jerry Potts, an extraordinary guide, who leads them to the hub of the illegal whiskey trade at Fort Whoop-up.

This rollicking and humorous historical adventure story sheds light on a colourful chapter of Canadian history, one most Canadian writers have largely ignored. In McDivitt's capable hands it comes to life again.

Barry McDivitt worked as a journalist in radio and television for more than thirty years. His stories appeared regularly on the Global TV network and the CBC radio and TV networks, as well as in a wide variety of newspapers and magazines. He also worked for Global TV’s promotions department and in government public relations. He presently writes Young Adult novels and works as a communications director in high-tech. He lives in Kelowna, BC. 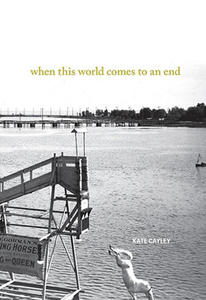 Other titles by Barry McDivitt