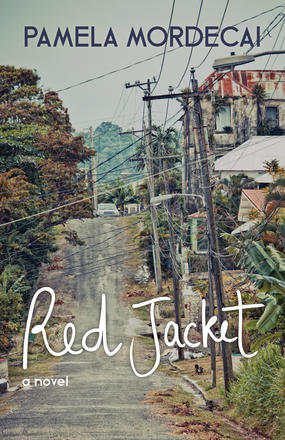 As she comes into adulthood, Grace confronts the mystery of her own identity and the story of her birth mother in this sprawling, large-hearted novel.

Growing up on the Caribbean island of St. Chris, Grace Carpenter ... Read more

As she comes into adulthood, Grace confronts the mystery of her own identity and the story of her birth mother in this sprawling, large-hearted novel.

Growing up on the Caribbean island of St. Chris, Grace Carpenter never feels like she really belongs. Although her large, extended family is black, she is a redibo. Her skin is copper-coloured, her hair is red, and her eyes are grey. A neighbour taunts her, calling her “a little red jacket,” but the reason for the insult is never explained. Only much later does Grace learn the story of her birth mother and decipher the mystery surrounding her true identity.

“A compelling tale of faith and family, ranging from the dusty landscapes of West Africa to the rich flavours of the Caribbean. ” — WILL FERGUSON, Giller Prize–winning author of 419

Pamela Mordecai was born in Jamaica. She has published five collections of poetry and an anthology of short fiction. She has also written many textbooks and edited or co-edited groundbreaking anthologies of Caribbean writing. Her poetry for children is widely anthologized. Her poems have been shortlisted for the Canada Writes CBC Poetry Prize and the Bridport Prize (U.K.). She is the recipient of the Institute of Jamaica’s Centenary and Bronze Musgrave Medals, the Vic Reid Award for Children’s Writing, and the Burla Award. Pamela lives in Kitchener.

Red Jacket is successful in that it holds the reader's attention from start to finish and invites us to reflect on many issues that assail us. It is a significant fictional accomplishment.

A rich and compelling tale about the agony of being made to feel different and the elusiveness of belonging.

For those attuned to a Caribbean literary tradition and to women’s writing in particular, the echoes of Paule Marshall’s Daughters, Merle Hodge’s Crick Crack and even Jean Rhys’s Wide Sargasso Sea will most certainly be heard in Mordecai’s book.

…Red Jacket is an accomplished, intelligent novel…to be savoured for its multiple layers of meaning and—especially—its richness of language.

For those attuned to a Caribbean literary tradition and women’s writing in particular, the echoes of Paule Marshall’s Daughters, Merle Hodge’s Crick Crack, Monkey, and even Jean Rhys’s Wild Sargasso Sea will most certainly be heard in Mordecai’s latest work.

A compelling tale of faith and family, ranging from the dusty landscapes of West Africa to the rich flavours of the Caribbean. Pamela Mordecai has made the transition from poetry to prose with an enviable ease.

Canadian poet Pamela Mordecai’s first novel moves from the warmth of the Caribbean to the chill of Canada and then to the deserts of West Africa. Fans of Caribbean literature and readers who enjoy sagas of misfortune may find this book captivating.

If there is a smelting room of the English language, if there is an iron table where syntax and breath are shone, here is where Pam Mordecai works her glittering materials.

Pamela Mordecai is a fearsomely ingenious writer, whose ear for language is equalled by her huge heart’s humanity.

Alternately heart-wrenching, clever and very real, this novel tackles issues that are relevant on both a personal and global level.

This exceptional story of one woman's education, career, and motherhood . .. Grace's story of a rise from humble beginnings may feel familiar, but Mordecai never allows it to become cliched.

Other titles by Pamela Mordecai