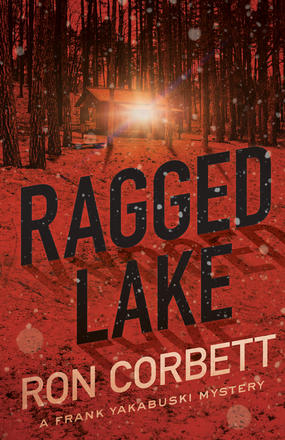 Gruesome murders, a northern secret, and a buried past

While working one afternoon on the Northern Divide, a young tree-marker makes a grisly discovery: in a squatter’s cabin near an old mill town, a family has been murdered.

Gruesome murders, a northern secret, and a buried past

While working one afternoon on the Northern Divide, a young tree-marker makes a grisly discovery: in a squatter’s cabin near an old mill town, a family has been murdered.

An army vet coming off a successful turn leading a task force that took down infamous biker criminals, Detective Frank Yakabuski arrives in Ragged Lake, a nearly abandoned village, to solve the family’s murder. But no one is willing to talk. With a winter storm coming, Yakabuski sequesters the locals in a fishing lodge as he investigates the area with his two junior officers. Before long, he is fighting not only to solve the crime but also to stay alive and protect the few innocents left living in the desolate woods.

A richly atmospheric mystery with sweeping backdrops, explosive action, and memorable villains, Ragged Lake will keep you guessing — about the violent crime, the nature of family, and secret deeds done long ago on abandoned frontiers.

Ron Corbett is an author, journalist, and broadcaster living in Ottawa. He is the author of seven nonfiction books; his first novel, Ragged Lake, the first book in the Frank Yakabuski Mystery series, received rave reviews and an Edgar Allan Poe nomination by the Mystery Writers of America for Best Original Paperback. He is married to award-winning photojournalist Julie Oliver.

“In Tommy Bangles, Ron Corbett has created perhaps the most malevolent, nasty character in Canadian literature. The reader wants to jump right into Ragged Lake and join the manhunt.” — Roy MacGregor, bestselling author and award-winning journalist

“Don’t plan on sleeping for a while after you pick up Ragged Lake. You will be mesmerized by the treacherous landscape, layered characters, and world-class villains in this very satisfying read. Luckily Ron Corbett spins a seasoned detective equal to the plot twists: I look forward to meeting Detective Frank Yakabuski again soon.” — Mary Jane Maffini, author of the Camilla MacPhee, Fiona Silk, and Charlotte Adams mysteries

“Corbett's well-crafted first foray into fiction takes the reader into a grisly, claustrophobic world . . . It's a visceral, occasionally blood-soaked tale that unwinds slowly and provides a shocking conclusion. Both the danger and the stark beauty of the place ring true on every level.” — Publishers Weekly 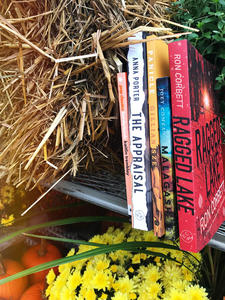