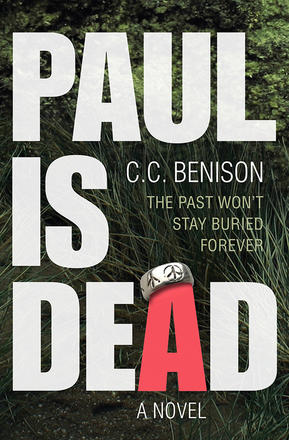 Under the sway of a charismatic stranger, five friends at an isolated lakeside cottage find their idyll unravelling, leaving two of them -- Lydia Eadon and Dorian Grant -- trapped in an explosion of violence that shatters their young lives and propels them past the borders of ... Read more

Under the sway of a charismatic stranger, five friends at an isolated lakeside cottage find their idyll unravelling, leaving two of them -- Lydia Eadon and Dorian Grant -- trapped in an explosion of violence that shatters their young lives and propels them past the borders of conventional morality. Forty years later when a body is unearthed from the scene of their revels, Lydia -- a book editor in San Francisco -- and Dorian -- a vagabond actor -- are plunged into a terrible reckoning with the past. Like Donna Tartt's The Secret History, this is a chronicle of duplicity and collusion, of innocence corrupted, and of the terrible power of guilt.

C.C. Benison has worked as a writer and editor for newspapers and magazines, as a book editor, and as a contributor to nonfiction works. A graduate of the University of Manitoba and Carleton University, he is the author of seven previous novels, including Twelve Drummers Drumming, Death at Buckingham Palace, and Death in Cold Type. He lives in Winnipeg.

That evening, as Alan kept a whip hand on the coals, Paul rose from his chair and went into the cottage to fetch two more beers. Lydia remembers herself next to Briony, slicing tomatoes on a cutting board on the counter, shifting slightly so Paul could swing the fridge door open, thrilling to the brush of his ass against hers. She remembers the clatter of the bottles along the refrigerator shelf, the pop of bottle tops, her mind concentrated on cutting vegetables with such a dull knife, then the gush of water running in the bathroom. Dorian remembers Paul exiting the cottage, one of his hands gripping both beers by their necks, the other gripping … something by their necks, something plastic and dripping. Water pistols.

“I saw them earlier tucked up in a space over the kitchen door,” he murmured to Dorian, grinning, though Dorian didn’t need the grin to get the message. Paul sat. They each took a pistol. They aimed at Alan. He was not amused. He batted at the spray like an angry bear at swarming wasps before registering the source. There followed the predictable bellowing fuck-you-laced invective as Dorian and Paul blasted him with needle-fine jets of water. Alan ran to get out of the way. Dorian and Paul jumped from their chairs and chased him over the lawn. Lydia remembers looking up to the kitchen window to see sprinting shadows and the towel-laden clothesline in sudden motion, sensing Briony beside her startled and uneasy, recalling herself strangely electrified. She remembers hearing above the raucous laughter someone crashing through the front door and tearing across the floor, followed by an unfamiliar metallic rattling in the living room and Alanna saying sleepily, “Alan, what are you doing?” And then someone––Alan, apparently––crashing out the door again and roaring maleness renewed, sharper, more taunting this time.

And then, the blast––like a crack of thunder sundering the air. Lydia’s head snapping to the window, her cutting her finger. Damp bathing suits and towels collapsing to the lawn, strands of the severed clothesline silvering in the setting sun. And a piercing, shattering scream.

Lydia remembers the frozen moment that followed the scream, her mind racing to attach cause to effect. She remembers the couch’s sharp rasp in the next room, the tea towel dropping from Briony’s hand, the knife dropping from hers, her cut finger frothing blood––her scrambling through the screen door and down the steps and onto the darkening lawn, the others on her heels. She remembers Paul, fallen on a beach towel, clutching his left shoulder with his right hand, blood running between his fingers and pooling blackly on the pale cotton, his face contorted, Dorian’s face captured in a shaft of sun, pale as the cotton––a prefiguring, she reflected much later, of a horror to come, and Alan chanting like a mad monk, “I didn’t know it was loaded, I didn’t know it was loaded. ”

And, improbably, before this tableau of shock and incredulity could break apart, a large black hound, like something out of hell, burst out of the gloom, trailing a lead, trailing a thickset man with slicked-back hair—suddenly an adult among the children. Lydia remembers Briony bursting into a wet sob, herself battling disbelief: a green pistol lay at Paul’s side; Dorian’s limp hand held its twin. Plastic guns. Plastic, impossible. And then she understood. She saw the dark shape of the shotgun fallen to Alan’s side on the grass, heard the stranger say, “What the hell is going on?” as he bent to grasp the leash of the excited dog and pushing the animal away, toward Alanna who robotically gripped its collar.

Dorian remembers the man shifting to his knees to examine Paul. With the evening well advanced, the light low, his face leaned in, seemed almost to touch Paul’s. “Are you all right?” he asked, and as Paul strained his reply through gritted teeth––“It’s nothing. We were just horsing around”––he shifted his judgmental gaze to the rest of them standing in a contrite row, “With a loaded shotgun? Are you crazy? Where is it? Give that to me!”

The tone of his voice broke the spell. Alanna, one hand clutching still the dog’s collar, bent for the weapon and passed it over. Briony reached down for another of the fallen towels and moved to apply it to Paul’s shoulder while the stranger, who seemed to know what he was doing, opened the chamber, directed it to the light and peered in. “Single barrel,” he grunted, snapped the gun back together, and turned to Alan who was now trembling uncontrollably. “If your aim had been four inches to the right, he’d be dead. ”

“I didn’t know it was loaded!” Alan’s voice cracked.

“Jesus, I’m fine,” Paul insisted, struggling against Briony to rise, grabbing the towel from her and pushing it against his shoulder where the shot had ripped through the T-shirt sleeve.

“We have a first aid kit in the cottage,” Lydia said to the stranger, adding as if it added weight, “my father’s a doctor. ”

“You shouldn’t have this lying around,” the man bristled at her.

“It’s sat in a rack on the wall all my life. I’ve never seen anyone take it down, ever, my whole life. ”

The man turned to Paul. “You could press charges. ”

“Why don’t you fuck off?” Paul snapped and moved unsteadily toward the cottage, Briony trailing behind. Perhaps the setting sun’s crimson rays were amplification, but Elvis’s face––Dorian recalls this vividly––blazed, his eyes seethed with contempt. He could see what this man––solid, clean-cut, tidily dressed, only a few years older (as Lydia correctly said) but somehow a generation removed––saw: a bunch of stupid, stoned, and irresponsible hippies––the usual litany of complaint of the day. 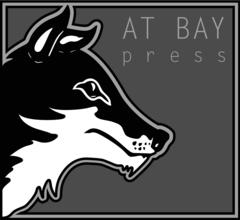 Known for gorgeously crafted books since their start in 2008, Manitoba-based publisher At Bay Press continues to add new literary fiction, poetry, and non-fiction from emerging and undiscovered authors to their catalogue of books—all of which are printed and bound in Canada. ... Read more

Other titles by C.C. Benison