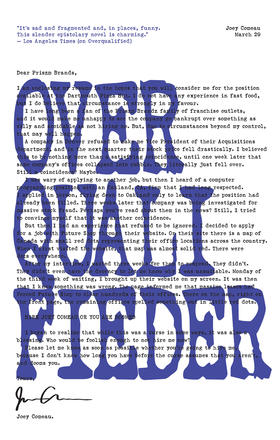 Applying for a job is stupid. It is a demeaning, humiliating exercise in learning to grovel in front of faceless strangers. Everyone who has ever sent a job application letter has felt the urge, the temptation to say ... Read more

Applying for a job is stupid. It is a demeaning, humiliating exercise in learning to grovel in front of faceless strangers. Everyone who has ever sent a job application letter has felt the urge, the temptation to say what they really think. To say something completely insane, or to be brutally honest. With 2007’s Overqualified, Joey Comeau acted on those urges and delivered a book collecting his cover letters. “It’s sad and fragmented and, in places, funny,” the L.A. Times said. But even after the dozens of insane, hilarious, and sometimes strangely sad job application letters, he still didn’t get the job. So he’s at it again. A person needs to work, you know? But he’s had to step things up a bit. Were the letters not insane enough? Was he not sad or stupid enough? Did he not threaten to bite as many CEOs as he should have? There’s only one way to find out: OVERQUALIFIEDER.

Joey Comeau writes the comic A Softer World, which has appeared in The Guardian and been profiled in Rolling Stone, and which Publisher’s Weekly called, “subtle and dramatic.” The A Softer World website (asofterworld.com) has been online since 2003 and has an average daily readership of 70,000 people worldwide. He is the author of a number of books, including Overqualified, The Complete Lockpick Pornography, and One Bloody Thing After Another.

“Life is about stories, and Overqualifieder is filled with some great ones. The book is wildly creative and uncensored, straddling the line between hilarious and disturbing. Comeau is a clever and inventive writer, and you’ll be hard-pressed not to have a literary crush on him by the end of his book.” — The Gauntlet

“Yes, it's a light piece of sophisticated entertainment, but it has a deeper meaning in today's world. The power that these companies wield deserves our mockery and defiance.” — The Voice

“Joey Comeau is unhireable. But that’s okay because as a writer of cover letters to soulless corporations he’s a mad genius. In Overqualifieder each letter is an angry, funny, sad, clever story masquerading as a cry for help or an indictment of 21st Century life. You choose. And it’s so much fun you’ll want to start from the beginning and read them all over again, like I did.” — Paul Tremblay, author of A Head Full of Ghosts and The Little Sleep

“Joey's first book of (real!) cover letters was sweet, bitter, hilarious, and beautiful — often all at the same time. This set is sweeter, bitterer, hilariouser, and beautifuler.” — Ryan North, creator of Dinosaur Comics 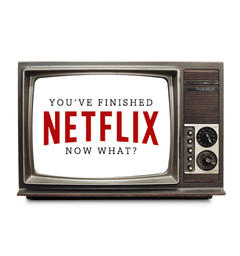 Other titles by Joey Comeau