Slimm, a seventeen-year-old Black boy in a hoodie suddenly finds himself in the first moments of his afterlife. He calls out for God. God does not respond. What happens next is a sacred journey through the unknown, as Slimm grapples with the truth of the life he lived and the ... Read more

Slimm, a seventeen-year-old Black boy in a hoodie suddenly finds himself in the first moments of his afterlife. He calls out for God. God does not respond. What happens next is a sacred journey through the unknown, as Slimm grapples with the truth of the life he lived and the death he didn’t choose.

Our Fathers, Sons, Lovers and Little Brothers is a protest for all Black life beyond headlines and hashtags, a prayer for all families left behind, and a promise to the community that all Black lives matter.

Makambe K Simamba is a Dora Award–winning playwright and actor for Our Fathers, Sons, Lovers and Little Brothers. Other plays include A Chitenge Story, The Drum Major Instinct Trilogy, Makambe Speaks, and MUD. Select acting credits include A Chitenge Story, inVISIBLE, GIANT, Bea, Winners and Losers, and SIA. She is the 2020/2021 Urjo Kareda Artist-in-Residence at Tarragon Theatre. She recently co-directed inVISIBLE (Too) at the University of Lethbridge and is a resident member of the artist-run theatre company ARC. Makambe is proudly Zambian, and her intention is to be of service to her community through her ability to tell stories. She is based between Calgary and Toronto.

A 17-year-old Black boy in a hoodie appears. His body parts isolate and move in a way that is unfamiliar. He tries to control them.

He considers his own body.

He observes the space. He feels, then sees eyes watching him.

The Lord is my shepherd; I shall not want.

He makes me lie down in green pastures.

He leads me beside still waters.

He restores my soul.

He leads me in right paths for his name’s sake.

Even though I walk through the valley

of the shadow of death,

I fear no evil;

For you are with me.

He remembers to do the sign of the cross.

(To the eyes) I haven’t been to church in a minute. I just thought I’d slip in a little insurance.

Are y’all here for Judgement Day?

Is God on Black people time?

There should be like, a step by step instruction manual.

The boy approaches the book.

(Reading) Your Journey to the Ancestors.

The book glows and inscribes itself.

He walks away from the book. Grandma appears.

GRANDMA: Baby, you stand on the shoulders of the ancestors who chose you to represent them in this moment.

She points at the book.

GRANDMA: That sperm hit that egg and you were no mistake.

SLIMM: Did you just say sperm?

I got another one. God is so savage…

You’re supposed to say “How savage is he?”

God is so savage…

He waits for “How savage is he?”

Um, okay, so he hollas at his homeboy and tells him to spend like two entire months building this huge ass fucking boat. Then he makes scour da whole earff, gatherin’ all the animals, like, two of each one and shit just to be like “I’M GONNA MAKE IT FLOOD” and it’s like “Dude, you had the power to make a flood but you didn’t have the power to build your own boat?”

God is so savage…

Waits for “How savage is he?”

God calls up his friend Abraham, right? And he’s like (To the tune of Lionel Richie) “Hello. ..is it me you’re lookin’ for?”

So Abraham takes his fucking kid, drags the lil nigga up a mountain, puts him on a altar or some shit, lifts up this huge ass rock and just as he’s about to smash his head into a thousand tiny pieces, God be like “JUST KIDDING…KIDDING. ..Kidding. ”

Savage. Ancestors all the way.

The boy approaches the book. A beat. He opens it.

“Utterly gripping and rendered with great tenderness and bravery. ” 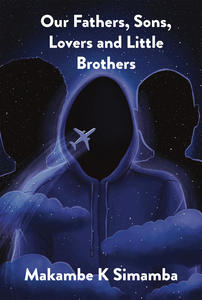