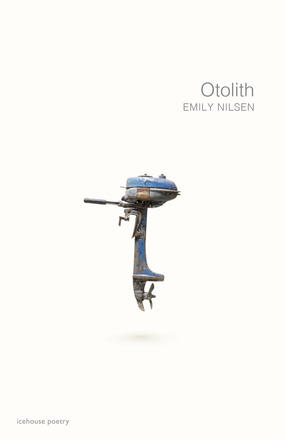 Otolith — the ear stone — is a series of bones that help us to orient ourselves in space. In Otolith, Emily Nilsen attempts a similar feat ... Read more

Otolith — the ear stone — is a series of bones that help us to orient ourselves in space. In Otolith, Emily Nilsen attempts a similar feat in poetry: to turn the reader's attention to their relationship to the world, revealing an intertidal state between the rootedness of place and the uncertainty and tenuousness of human connection. Born in the fecundity of British Columbia's coastal rainforest, these poems are full of life and decay; they carry the odours of salmon rivers and forests of fir; salal growing in the fog-bound mountain slopes.

This astonishing debut, at once spare and lush, displays an exquisite lyricism built on musical lines and mature restraint. Nilsen turns over each idea carefully, letting nothing escape her attention and saying no more than must be said. Combining a scientist's precision and a poet's sensitivity, Otolith examines the ache of nostalgia in the relentless passage of time.

Emily Nilsen was born and raised in Vancouver. She has published poems in PRISM International, Lake, and The Goose, and in a chapbook entitled Place, No Manual. Nilsen was a finalist for the CBC Poetry Prize in 2015, after have been longlisted for the prize on three separate occasions. Her work has also been longlisted for the UK National Poetry Prize. She lives in Nelson, BC.

"Spend enough time at a remote research station, suggests Emily Nilsen, and you, too, will identify fifty different species of fog. In Otolith, Nilsen’s poems measure all that environmental science cannot: the alignment of a tree planter’s sensibility to charred forest, the geolocation of grief. Wake before dawn and follow Nilsen’s ‘solitary, rugged route’ into our fragile ecology. "

"Otolith is a house built by gravity and movement, at once weighty and ephemeral. These poems are fogged in and present, placed and displaced. Nilsen is a poet of the interstitial, of longing, of the sensitive shift itself. "

"Otolith challenges the idea that madness is doing the same thing over and over, expecting different results. With metaphors and imagery as wild as the ecologies she encounters, Emily Nilsen shows that repeating the same question can yield multiple answers: Otolith’s world is not static, won’t hold still for its photograph, doesn’t sit pretty. And this is its virtue. "

". .. the poems evoke bush fever and sparks of eerie disquiet, the violence of human disturbance and greed, the rapacious, patriarchal and colonial underpinnings and repercussions of the forest industry. " 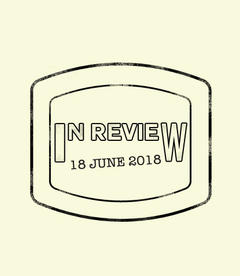