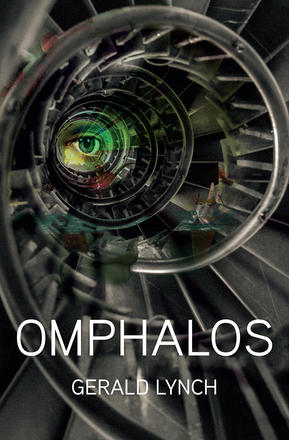 When Eugene DeLint, the head of Omphalos, the world’s dominant philanthropic organization, is found murdered, Detective Kevin Beldon is called in. Beldon, who readers will be familiar with from Lynch's previous novels, Missing Children and Troutstream, has been on medical ... Read more

When Eugene DeLint, the head of Omphalos, the world’s dominant philanthropic organization, is found murdered, Detective Kevin Beldon is called in. Beldon, who readers will be familiar with from Lynch's previous novels, Missing Children and Troutstream, has been on medical leave, and he brings along much personal and professional baggage: his wife Cynthia is a recent suicide, his absent son Bill is a disappointment, and his daughter Kelly, who began her legal career at Omphalos, is emotionally distant with him. Kevin is still disturbed from his failure the year before to have solved the so-called Widower serial killings. He still suspects that the escaped Widower was connected to Omphalos, and secretly he views Eugene DeLint’s murder as a last chance to solve the Widower case and so absolve his wife of the sin of suicide.

Gerald Lynch was born in Ireland, where he frequently visits, and grew up in Canada. The Dying Detective is his seventh book of fictionand the third novel to feature Detective Kevin Beldon, who appeared in Omphalos, and Missing Children. These novels were preceded by Troutstream, Exotic Dancers, and two books of short stories, Kisbey and One’s Company. A Professor mainly of Canadian literature at the University of Ottawa (occasionally offering a seminar in contemporary Irish fiction), Gerald recently co-edited Alice Munro's Miraculous Art: Critical Essays. He has edited a number of other books and published many short stories, essays, and reviews, and had his work translated into a number of languages. He has also authored two books of non-fiction, Stephen Leacock: Humour and Humanity and The One and the Many: Canadian Short Story Cycles. He has been the recipient of a number of awards, including the gold award for short fiction in Canada’s National Magazine Awards.

Kevin needed to work his own way to the imagined condition of complete knowledge, not be plunked into it like some VirtLife video game. MYCROFT would throw up its overload of information that would occupy a Forensics team of twenty for weeks just to begin evaluating and indicating possible paths to follow. But no machine was going to solve this crime. Because no soulless thing, whatever its super-learner algorithms, could ever do what Kevin’s mind was already doing: sensing, anticipating, hunching, thinking, imagining, guessing—leaping … Okay, okay, he thought, joyfully head-butting the steering wheel—factioning!

Factioning: the term a University of Ottawa professor had coined to explain Detective Kevin Beldon’s gift for detection. During study towards his Masters degree in Criminology, Kevin had volunteered to be the subject of a study that had produced an academic article in a fat French periodical called Criminel. The word factioning had stuck. It made equal sense (little) in either language in stubbornly bilingual Ottawa. He’d come to detest the word, because its jargon and simplification wanted to leave him out of the process altogether, his mind, his soul. At only a bit of a stretch, the article could as well have been talking about MYCROFT. Kevin had taken to insisting to the curious that his method was just the old mixture of close observation, exhaustive research, repetition, memory-work, logic, repetition, and the play of reason and imagination. But an ambitious academic’s slick lie had become truth, and in the general public’s mind (thank you yet again, Macro Media) the odd word factioning had become synonymous with the odd Beldon.

Other titles by Gerald Lynch