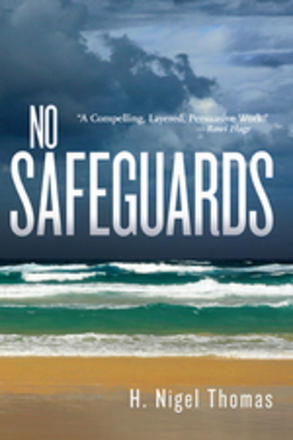 No Safeguards, the first book in a trilogy, follows Jay's life from age six to twenty-six - and to a lesser extent that of his brother Paul. We witness the destructive impact of fundamentalist Christian beliefs on his mother and father, opposition to those beliefs by the boys' ... Read more

No Safeguards, the first book in a trilogy, follows Jay's life from age six to twenty-six - and to a lesser extent that of his brother Paul. We witness the destructive impact of fundamentalist Christian beliefs on his mother and father, opposition to those beliefs by the boys' grandmother and each boy's very different response to their parents' religiosity. This is especially poignant after they leave their grandmother's comfortable home in St Vincent to join their mother in Montreal. The revelation that both boys are gay adds to their sense of oppression and divides them from their mother, whose views on the subject are shaped by the church and the theology of the Torah.

H Nigel Thomas is the author of six novels, three collections of short stories, and a previous collection of poems, in addition to dozens of essays. His novels Spirits in the Dark and No Safeguards were nominated for the Hugh MacLennan Fiction Award, and Des vies cassées, the French translation of Lives: Whole and Otherwise, was shortlisted for Le prix Carbet des lycéens. He holds the 2000 Professional of the Year Jackie Robinson Award, the 2013 Université Laval's Hommage aux créateurs, and the 2020 Black Theatre Workshop's Martin Luther King, Jr Achievement Award. He is also the founder and English-language coordinator of Lectures Logos Readings. A Vincentian Canadian, he has lived in the province of Quebec since 1968 and is a retired professor of United States literature.

Nigel Thomas' . .. understanding of the many histories and their various impacts on literary characters reveals a profound knowledge of the human condition. A compelling, layered, and persuasive work. - Rawi Hage

Thomas … wields his narration with all the vulnerability of an open bruise: through the intertwined perspectives of Jay and Paul, several communities clash and converge, each desperately doing what they believe is right. Between Montreal and St. Vincent lies the emotional freight of many worlds. Thomas reveals them to us, showing in sensitive prose that return journeys, in either direction, often cost their weight in bribes, guilt, and Hail Marys.

No Safeguards is meant to be the first book in a trilogy, and the end of it feels like a beginning. It is a testament to H. Nigel Thomas’s storytelling that the reader is left wanting to see where the brothers will go next.

No Safeguards is filled with wonderful scenes of island life, made alive by the use of colourful dialect and vivid characters—Grama, in particular, is a force of nature. A tangible sense of pathos is present in several other characters as well … The poignancy of these lives remains and one comes away with an appreciation of the strength of these two boys, now men, who have experienced so much yet retained a commitment to each other that cannot be broken.

Nigel Thomas’ writing merits serious notice. His understanding of the many histories and their various impacts on literary characters reveals a profound knowledge of the human condition. This novel traces the lives and migrations of a family and their interrelationships, as well as the devastating effects of religious and political intolerance and their destructive residue on human consciousness. A compelling, layered, and persuasive work.

In No Safeguards, Thomas deftly delineates the contrasting natures and physicalities of the two brothers and their divergent paths … The family dynamics are well drawn and heart breaking … Thomas’s strengths [are also] voice and dialogue and he has a lively sense of humour. [He] evokes landscape with a painterly brush.

Nigel Thomas' . .. understanding of the many histories and their various impacts on literary characters reveals a profound knowledge of the human condition. A compelling, layered, and persuasive work. - Rawi Hage

Other titles by H Nigel Thomas