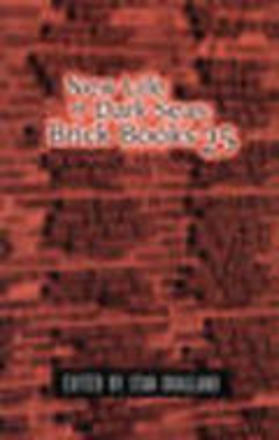 A quarter of a century old and youthful still, Brick Books offers this selection, as inclusive as we could make it, of the writers we have published through the years. Most of these writers are poets, since Brick Books specializes in poetry, but we're pleased to flavour the ... Read more

A quarter of a century old and youthful still, Brick Books offers this selection, as inclusive as we could make it, of the writers we have published through the years. Most of these writers are poets, since Brick Books specializes in poetry, but we're pleased to flavour the mix with other forms like the historical prose of Greg Curnoe's Deeds/Abstracts and the terpsichorean prose of Michael Ondaatje in Elimination Dance/La danse éliminatoire. If we do say so ourselves, New Life From Dark Seas is much more than the souvenir of a significant anniversary. It's a feast for passionate poetry readers like the editors, those who like to stretch within and across the genre -- from P.K. Page's strict-form Holograms, to Dennis Lee's free jazz verse in Riffs, to Michael Kenyon's prose-poem fiction, Rack of Lamb, to Phil Hall's leaping "language" /work poems, to ... this could go on. Let it go on, dear reader, in you.