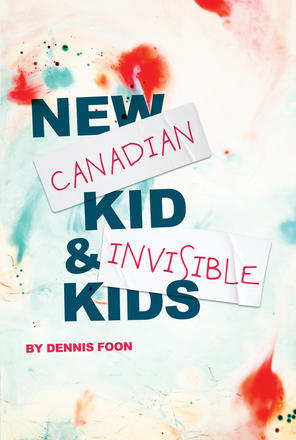 Two of the most produced, popular, and important Canadian plays for young audiences are back in an updated edition.

In New Canadian Kid, Nick has just moved to Canada from a country called Homeland, where he is forced to grapple with his fears of a new culture and language as ... Read more

Two of the most produced, popular, and important Canadian plays for young audiences are back in an updated edition.

In New Canadian Kid, Nick has just moved to Canada from a country called Homeland, where he is forced to grapple with his fears of a new culture and language as well as cope with classmates who taunt him for being different. After a series of confrontations, Nick, his family, and his peers start to learn how to accept one another and find a comfortable middle ground.

In Invisible Kids, a group of children from a variety of backgrounds discover playground politics. The class is overjoyed when the new kid, Ranim, a Syrian refugee, wins a science-fair contest which grants everyone a trip to an amusement park in the US. But when they find out Ranim is not allowed to cross the border, they have to put aside their already developed discouragement and make their voices heard.

Other titles by Dennis Foon