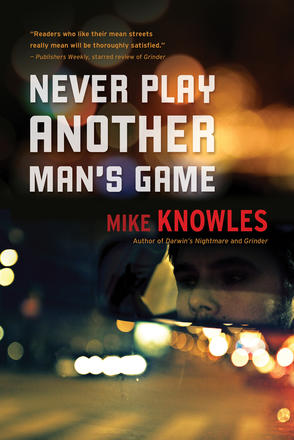 An armoured car carrying a huge payday will be rolling through the city every Friday for four weeks. Out of money, Wilson takes up with Ruby, an old partner, for a job ... Read more

An armoured car carrying a huge payday will be rolling through the city every Friday for four weeks. Out of money, Wilson takes up with Ruby, an old partner, for a job that promises a huge score. The only problem: Ruby’s kid, Rick, wants in on the deal. Rick is everything Wilson isn’t but without him there is no job. Wilson signs on with the condition that he runs the job; he plans it, supplies it, and staffs it. The job is a success, but so is the double cross. Wilson loses the money and almost his life. He sets out after his partners and learns that nothing was ever as it seemed – nothing but the blood on the ground. Honour among thieves is bullshit, but Ruby and her son should have known better than to try and play another man’s game.

“Never Play Another Man's Game barrels along to a brutal climax with vivid but economical dialogue, breathless pacing and a lesson from the school of hard knocks that's hard to forget. ” — Hamilton Spectator

“A caper book, and a good one. It’s the fourth in Hamilton schoolteacher Knowles’s series featuring Wilson, a guy with ethics who steals for a living. The target is an armoured car and a very, very big payday. Trouble is, Wilson needs a partner, and this one comes with a kid named Rick, who’s just dumb enough to believe that he can double-cross the guy in charge. For Wilson, it’s all about maintaining the idea of honour among thieves, and he goes on the hunt. " — Globe and Mail

“Brutal and briskly paced, written in tough-guy tones (“I had pissed off too many people and pulled too many triggers to think that there was anyone out there who just wanted to catch up,” Wilson tells us), and a nice mixture of character and action. " — Booklist

"Wilson can take his place alongside Richard Stark’s Parker as a ruthlessly efficient bad guy with an ingenious ability to escape tricky situations. " — Publishers Weekly