Metamorphosis collects a selection of esteemed Canadian writer-artist P. K. Page's poetry, prose and plays written for and about children.

Metamorphosis collects a selection of esteemed Canadian writer-artist P. K. Page's poetry, prose and plays written for and about children.

P. K. Page wrote some of the best poems published in Canada over the last seven decades. In addition to winning the Governor General's Award for poetry in 1957, she was appointed a Companion of the Order of Canada in 1999. She was the author of more than two dozen books, including ten volumes of poetry, a novel, short stories, eight books for children, and two memoirs based on her extended stays in Brazil and Mexico with her husband Arthur Irwin, who served in those countries as the Canadian Ambassador. In addition to writing, Page painted, under the name P. K. Irwin. She mounted one-woman shows in Mexico and Canada. Her work was also exhibited in various group shows, and is represented in the permanent collections of the National Gallery of Canada, the Art Gallery of Ontario, and the Victoria Art Gallery, among others.

A two-volume edition of Page's collected poems, The Hidden Room (Porcupine's Quill), was published in 1997, and the full range of her richly varied work is being made available in a digital resource, The Digital Page, supplemented by a series of texts in print and e-book format published by The Porcupine's Quill.

P. K. Page was born in England and brought up on the Canadian prairies. She died on the 14th of January, 2010.

From "A Flask of Sea Water"

Once upon a time in the mountainous, land-locked Kingdom of Ure, there lived a goatherd. And every morning when the dew lay in the valley, he drove his goats up to the high meadows where the air was clear and the grass was sweet. And every evening when the sun dropped behind the topmost peaks of the westerly mountains, he drove them down to the valley again. And the months passed, and the years, as peaceful and happy as the goatherd himself.

Now one day, as he and his goats were crossing the King's Highway, the Princess happened to be approaching in her carriage.

'Make way! Make way for the Princess!' cried her outriders, so the goatherd, herding his flock to the side of the road, stood respectfully back.

The Princess, who had been sleeping, was awakened by the noise and, curious, pulled aside her curtains just in time to gaze straight into the eyes of the goatherd.

Never had the Princess imagined such eyes. Were they brown or were they gold? She could hardly tell. But they were more beautiful than any she had ever seen and they looked right into her heart.

And never had the goatherd imagined such beauty. A newborn doe, a pearly sunrise in the mountains, wild flowers in the meadow-these were all beautiful things, and each time he saw them his heart turned over. But the Princess was more beautiful still. Her hair was black and glossy as a raven's feathers and her eyes-how could he have known that eyes could be so large and so blue? Although he had seen her for no more than a passing second, he stood dazed, rooted to the spot, staring after her carriage until it was out of sight.

From that moment the goatherd's life changed. The face of the Princess filled his dreams; it accompanied him on his walks to the high pastures. Where once he had seen flowers and the first small strawberries, now he saw only the Princess. Waking or sleeping he could think only of her.

Finally-unable to bear his life without her, and determined to see her one more time-he left his goats in the care of a trusted friend, slung his goatskin over his shoulder and set out on the long, hard road to the palace. 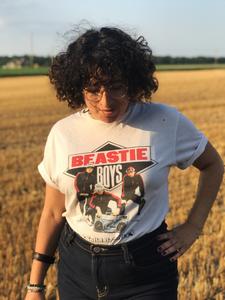 In the height of quarantine, I reverted to my teenage self: An essay by Hana Shafi

After a trip to see my grandparents in Dubai was cancelled—a wise decision by my mother—just days before Ontario went into a state of emergency, I opted to stay with my parents in Mississauga during quarantine instead of in my small one bedroom apartment in Toronto. In ... Read more 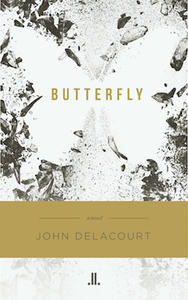 Under the Cover: Butterfly

Author John Delacourt takes us behind the scenes of the design process for the cover of his latest novel  Butterfly (Linda Leith Publishing), functioning to tell the story of the novels main character Natasa, who is forced to flee after the Toronto artist she models for ... Read more

Other titles by P. K. Page