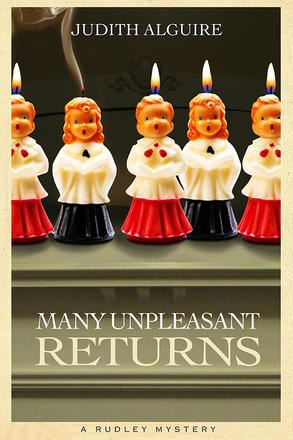 Everyone at the Pleasant Inn is looking forward to a very merry Christmas. Oh, irascible proprietor Trevor Rudley has his usual complaints about Mrs. Blount's non-traditional floral arrangements. And he's sure he won't like housekeeper Tiffany's new beau, Dan Thornton, a writer ... Read more

Everyone at the Pleasant Inn is looking forward to a very merry Christmas. Oh, irascible proprietor Trevor Rudley has his usual complaints about Mrs. Blount's non-traditional floral arrangements. And he's sure he won't like housekeeper Tiffany's new beau, Dan Thornton, a writer, of all things. But it's Christmas. Surely nothing catastrophic could happen.

Bad things do happen, of course. The snow starts falling and doesn't seem to want to stop. Margaret Rudley runs over a man lying in the road during a whiteout. Walter Sawchuck almost chokes when someone doctors his Mrs. Dash. And those disturbing little Santas begin to appear, each one representing a gruesome event in the Pleasant's past. Then a dead body is found hanged in the coach house. As the snow continues to fall, paranoia at the Pleasant mounts.

Judith Alguire is a Kingston, Ontario writer, whose novels include Pleasantly Dead, The Pumpkin Murders, A Most Unpleasant Wedding, and the forthcoming Peril at the Pleasant, all of which are part of the continuing Rudley Mystery series. Her short stories, articles, and essays have appeared in such publications as The Malahat Review and Harrowsmith, and she is a past member of the editorial board of the Kingston Whig-Standard. A graduate of Queen’s University, she has recently retired from nursing.

Margaret reached the car and smiled. She had borrowed Tiffany's Mini, as Lloyd had taken the truck and her own car wouldn't start. It was the vintage type, not the sleek modern version, which was, in Margaret's opinion, not really a Mini at all. She placed the packages on the floor in the back and climbed in. She felt quite at home in a Mini. She had driven one when she was a girl in England. "Makes me feel eighteen whenever I drive a Mini," she told herself.

She reached the town limits and glanced at the marina, which was closed for the winter, its moorings frozen, its dock obscured with snow.

If it weren't for the skiing and sledding, this place would be death in the winter, she thought. The lake was closed up, white and still. She shivered. The deathly cold was one of the things that had shocked her most, coming as she did from a more hospitable British climate. After all these years, she couldn't get used to it.

She glanced at the holly she had placed on the seat beside her and felt her spirits lift. She would be home soon, in the warmth and bustle of the Pleasant. Rudley, dear Rudley, would be at the desk, grumbling and muttering, rattling around in the cupboard. Tiffany, the maid, would be in the kitchen just about now; even on vacation, Tiffany would want to see if she could help. Gregoire would invite her to have a cup of coffee and chat with him as he prepared another of his scrumptious dinners -- pork tenderloin with apple and raisin sauce, chicken cordon bleu, salmon steaks with dill, stuffed peppers, cheese soufflé... They were expecting a good crowd for dinner, as was usual during the Christmas season. Tim would be checking the tables and straightening the odd serviette, as elegant as always. Lloyd would be coming up the back steps shortly with wood for the fireplaces, stopping by the kitchen to check on the progress of his dinner -- liver and onions, macaroni and cheese, hamburger with mashed potatoes and peas. Lloyd had never developed a taste for Gregoire's fancier main dishes, although he loved his desserts.

Maybe it's because he's an orphan, Margaret thought. He prefers comfort foods. She smiled, thinking of the new sled they had bought Lloyd for Christmas -- custom made and painted red, based on a vintage pattern by Mr. Carriere, the cabinetmaker. To make up for the one Rudley crashed into the pine tree last March.

She shivered. She was glad Aunt Pearl had got away to a warm spot for a few weeks. Thinking of Aunt Pearl was bittersweet, reminding her of Christmas back home, a light frosting of snow -- a welcome respite from the drizzlies -- goose and plum pudding. Who says the British have no culinary sense? Caroling. Singing in the church choir. She missed the church at times, not because she was overly religious. It was the tradition, part of her heritage. She supposed she would have attended the church in Middleton, if Rudley were keen. He wasn't. His people were United Church. Hardly a religion at all, he liked to say.

Flakes of snow danced in the headlights. She reached for her glasses.

She was glad the guests had got in before the storm began in earnest. Norman and Geraldine Phipps-Walker had arrived two days earlier. The Sawchucks were in. Mr. Bole had arrived with the Phipps-Walkers, lugging a duffle bag she knew was filled with props for his hand-puppet series. He had put on The Philadelphia Story during the summer. Perhaps he'd do Miracle on Thirty-Fourth Street for Christmas. She would have clapped her hands if both hadn't been gripping the wheel. Oh, I'll bet he's doing A Christmas Carol, she thought. I hope he gives it an Alastair Sim edge.

As she drove on, the snow seemed to fall more heavily, driving into the windshield in a way she found mesmerizing. She adjusted the wipers, eased up on the gas and scanned the ditches anxiously. Hitting a deer was a constant fear. The wind, too, was picking up, driving the snow to the sides of the road, darting, swirling and drifting. She slowed further and hunched over the steering wheel, peering through the windshield, barely able to see the road ahead. She was about a mile from home now but she was entering the area of the rock cut. There was nowhere to pull over and stopping in the middle of the road seemed ill-advised.

She slowed for the curve ahead, but when she came out it she saw to her horror a large snowdrift directly ahead. She applied the brakes but the car shuddered and spun, skidding sideways into the drift. She put on her four-way flashers and stumbled out of the car. She got the shovel from the trunk. The blade hit something solid. In the headlamps, she saw a flash of red. She dropped the shovel. 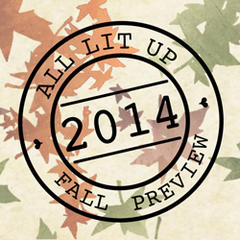