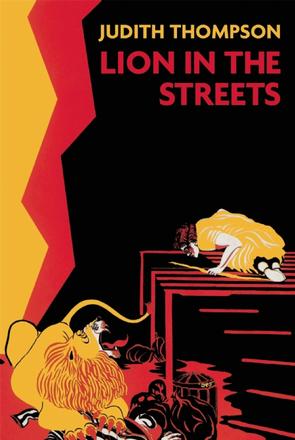 Lion In The Streets

Lion In The Streets

Seventeen years ago, Isobel was murdered at the tender age of nine. Now she finds herself back in her previous life as a ghost searching for the person responsible for her untimely death. But this time she’s powerful, having the ability to watch over the living, observe them, ... Read more

Seventeen years ago, Isobel was murdered at the tender age of nine. Now she finds herself back in her previous life as a ghost searching for the person responsible for her untimely death. But this time she’s powerful, having the ability to watch over the living, observe them, and sometimes interact with them. Isobel has been paying attention to her former neighbours, and it’s not long before she begins to suffer along with them during their dark and horrific private experiences. Will she finally get the peace she’s been yearning for? One of Judith Thompson’s most enduring plays, Lion in the Streets looks at the inner emotional turmoil in ordinary people and the ways in which they cope.

Judith Thompson is a two-time winner of the Governor General’s Literary Award for White Biting Dog and The Other Side of the Dark. In 2006 she was invested as an Officer in the Order of Canada and in 2008 she became the first Canadian to be awarded the prestigious Susan Smith Blackburn Prize for her play Palace of the End. Judith is a professor of drama at the University of Guelph and lives in Toronto.

“Lion in the Streets, like all her plays, betrays an abiding interest in psychological motivation, and evokes immediate empathy for characters who are conceived in depth… The conflicts in Lion in the Streets, far from moving towards resolutions that leave characters and audiences satisfied that things must be as they are, present occasions for potential—and potentially redemptive—transformation.”—Ric Knowles, from the introduction to the first edition

“Poetic, painful, powerful… Writing this strong is celebrated and revisted for a reason.”—Matt Tenbruggencate, Spectator Tribune

“This script is so harsh that it makes you feel like you’ve been stripped, beaten, and abandoned, and so compassionate that it releases floods of grief and gratitude with its touch.” —Colin Thomas, Georgia Straight

Other titles by Judith Thompson